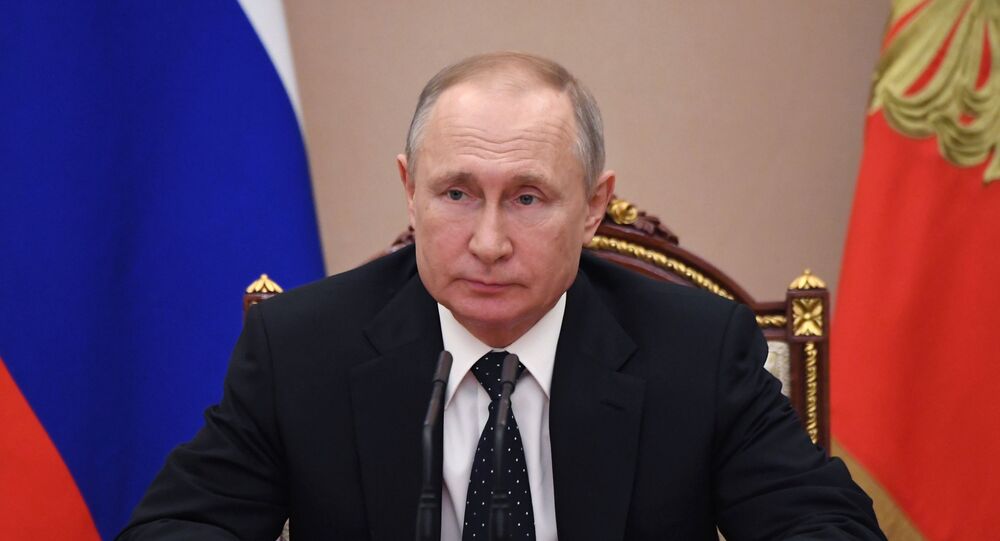 The constitutional reform legislation put forward by Putin includes the expansion of the Parliament's powers, a ban on senior officials from having a residence permit in other countries, a limit on the number of presidential terms, the main law's precedence over international agreements, and strengthening the social obligations of the state.

Russian President Vladimir Putin has officially signed a law on introducing amendments to the Russian Constitution, a document published on the official legal information web portal showed on Saturday.

The law "On improving the regulation of certain issues of the organisation and functioning of public authority" was dated 11 March.

According to the Kremlin, the law will go in effect if it is approved by the Russian Constitutional Court and receives the support of more than half of those who participate in an all-Russian public vote slated for 22 April.

The law was passed by both houses of Russia’s Parliament and includes amendments imposing new requirements for the president, ministers, and various officials. It stipulates social guarantees, and changing Parliament's authority, among other things. Moreover, these changes allow the incumbent president to seek re-election in 2024.

The law will need to be approved by the Russian public in vote slated for 22 April.

In late January, Russian President Vladimir Putin submitted a bill to the Duma about amendments to the fundamental law. Putin suggested significant changes to the Constitution, including reducing the presidency to two terms and expanding the role of the legislature. Putin also said that the State Council, currently an advisory body made up of regional governors, should have its status and duties fixed in the Constitution.