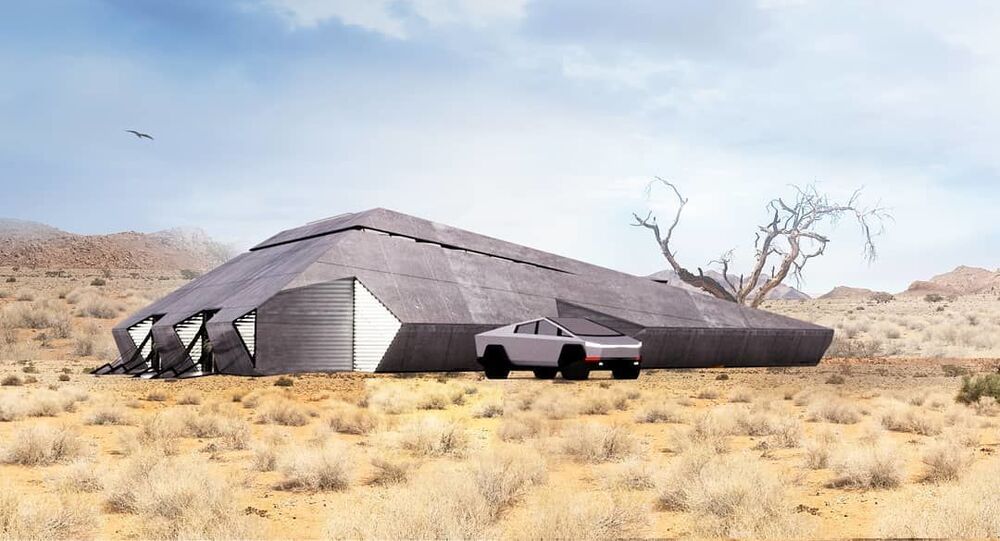 Zombie apocalypse scenarios are not uncommon in popular culture. Last year, they even prompted a Russia-based architecture company to come up with a housing project set to protect owners from a zombie-spawning biological virus.

Following mass hysteria over the coronavirus outbreak, which has taken the lives of over 3,000 people worldwide – mostly in China, demand for zombie-proof CyberHouses has increased six-fold since the start of the year, the project’s creators at the Modern House architectural bureau confirmed.

“Somehow, at first, the demand was small, to be honest, we were counting on our audience, but we have not received a big response from our customers”, said the company’s chief architect, Alex Vyzhevsky. “And when this story with the coronavirus happened, [the demand rose] by multiple times”.

Inspired by Elon Musk’s futuristic brainchild the Cybertruck, the “autonomous multi-level bunker” is set to protect its owners from any external threat— starting with a zombie apocalypse and ending with a possible nuclear attack, thanks to its monolithic reinforced concrete and heavy-duty steel walls, as well as bulletproof glass windows.

The houses are custom-made and the price of each bunker may vary, the company says, due to the costs of different materials and varying landscapes in different parts of the world. According to projections, an accommodation for up to six people could cost around $850,000.

“We can say that a square metre of the projected area is somewhere around $ 150-500 per square metre”, Vezhevky said. “It all depends on how we ‘enhance’ the [house’s] filling. Someone needs to protect themselves from the virus, someone does not. Someone [else] needs to hide from zombies”.

The project initially received a large number of requests from American, Australian, British, and Asian customers planning to withstand zombie attacks. However, the extreme house has attracted not only customers scared of becoming “zombie food”, but has now also attracted those who are concerned about various infections, including the Covid-19 virus.

They may soon even appear in Italy – the European country most affected by the coronavirus.

“There was no such problem before”, Vyzhevsky explained, revealing that a Venice-based order occurred prior to the virus outbreak, but that the project will now be adjusted to fit the customer’s fresh concerns. “We can say that we even foresaw this situation”.

Can CyberHouses Save People From Coronavirus?

Following the customer’s request, the Italian version of the CyberHouse will now not only feature built-in security elements, but also microbiological and radiation protection systems.

“This is like a laboratory system – through the airlock we spray the incoming person with compounds that disinfect and wash away any dust that may be exposed to radiation (if there was a nuclear explosion nearby)”, Vyzhevksy explained. He insisted that numerous engineers will take part in the project to make the system workable.

© AFP 2020 / FABRICE COFFRINI
All Swiss Soldiers Confined to Military Bases After One Tests Positive for Coronavirus
While Italy remains the primary customer for coronavirus-adjusted bunkers, the panic over the novel coronavirus, which has affected around 80,000 people in China alone, may soon send more work the Russian architects’ way.

Since the emergence of the virus in the Chinese city of Wuhan in late December 2019, it has spread to different parts of the world, including the United States, but the death rate of the infection remains 3.4 percent.