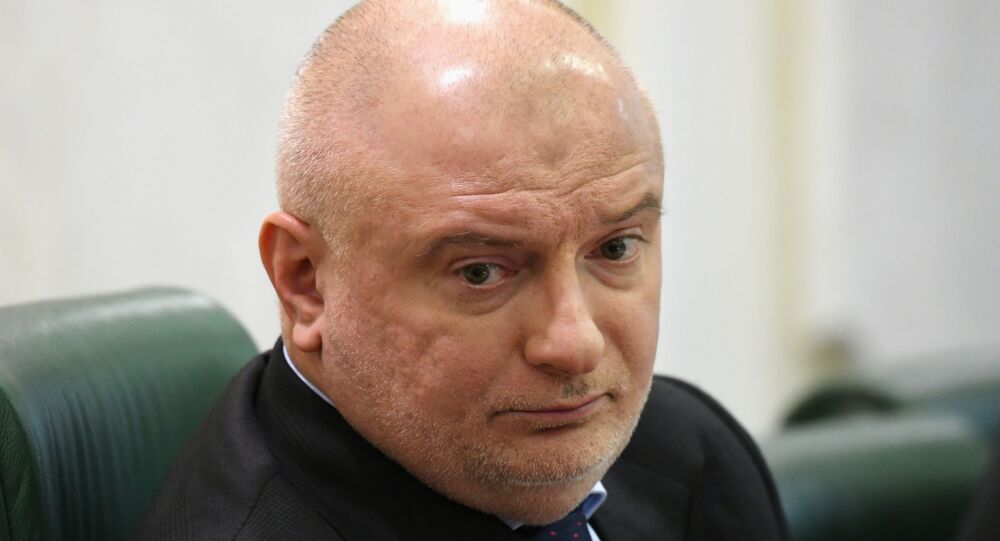 Russian President Vladimir Putin initiated the process of introducing amendments to the country's constitution during his January 2020 address to parliament, suggesting, among other things, the removal of a clause that allowed running for the presidency, even after two terms in the post.

Russian senator and head of the Federation Council Committee on Constitutional Legislation, Andrei Klishas, has harshly criticised the article in Washington Post about planned amendments to the Russian constitution for ripping parts of the media's interview with him out of context in order to write a provocative hit piece.

"I gave an extensive interview, hoping that it will be used entirely and that western journalists will get comprehensive explanations regarding the work of the constitutional review group", Klishas said.

What Was Left Out of Article's Text

The Washington Post article, published on 23 February, put a strong emphasis on "crazy" ideas, which were pitched during public discussions of the constitutional amendments, such as declaring President Vladimir Putin the "supreme leader" of Russia. The media went as far as to claim that the whole initiative to change the constitution was ordered by Putin, "as part of an apparent plan to keep his grip on power," after his term ends in 2024 and suggested that he could do so by taking the lead of the State Council, which could receive new powers if amendments are accepted.

Interestingly enough, the Washington Post explored this topic in an interview with Klishas, who gave an extensive response to their concerns, which, alas, didn't make it into the article itself.

"We clearly see, judging by the amendments, which the president himself suggested, that Putin won't be able to run for the presidency again. Theoretically, he can hold any post except for the presidential one. Putin himself suggested removing the "two terms in a row" clause, which bars him from re-election even after a pause in holding that post. I believe that all speculations by political scientists and journalists regarding Putin's future are poorly substantiated", Klishas said in his original interview with the media outlet.

"You know, I'm a lawyer, and it's not my job to fantasise about who can be whom in this country. But I see that political scientists and the media are not reading the constitution; they are not reading the suggested amendments. They only hear something about themselves and then imagine the rest. They scare themselves and then comment on these assumptions in fear", the senator added.

The senator also addressed theories of the State Council becoming a new "centre of power" rivalling the presidency, by pointing out that the council will in no way be able to assume the powers of the president, or any other branch of power, under the constitutional amendments.

"The State Council, which currently includes the regional governors, is tasked with having a dialogue on par with the government […] implementing key national projects and government programmes. In order to empower the regions' positions in terms of implementing these projects, we need to empower the constitutional status of the State Council", he said during the interview.

The US media outlet also suggested in its article that the proposed amendment giving Russian law supremacy over international law was introduced to provide Moscow with a pre-text to ignore rulings of the European Court for Human Rights (ECHR), which is often used by Russian opposition figures to file complaints against the government. The Washington Post chose not to include Klishas's extensive explanation on why such an amendment is needed and why it's actually not anything extraordinary.

"We have no issues with fulfilling our international obligations […], But we have to face the situation when the ECHR interprets European [Human Rights] conventions and demands that Russia fulfils obligations it never signed off on fulfilling", Klishas said.

The Russian senator brought up an example when the ECHR demanded that Moscow give voting rights to the imprisoned while ignoring the fact that many European countries don't provide such rights to their prisoners or have even tougher voting restrictions than in Russia. He further noted in his interview, that a similar practice exists in another western country – the US.

"We are planning to introduce an amendment that clearly regulates this issue; outlining that international conventions cannot be applied if they contradict the Russian constitution. The US has similar rules. I believe that American judges will be very surprised if they hear that they should apply international conventions instead of US laws", Klishas stated during his interview with the Washington Post.

Proposed Amendments to Russia's Constitution: Big Changes You Need to Know About