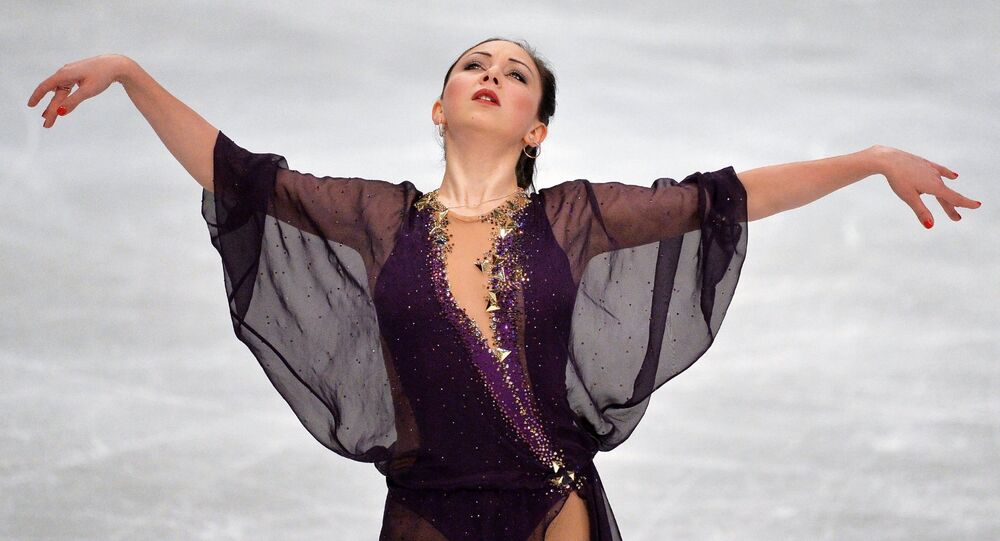 Back on the Market! Russian ‘Striptease’ Skater Tuktamysheva Says She is Single Again

One of Russia’s most distinguished figure skaters Elizaveta Tuktamysheva has recently been rocking social media with some eye-catching outfits, and it seems they're not for her long-time boyfriend who she says is a thing of the past.

“It is true. We [my boyfriend and I] aren't dating anymore and my heart is free”, Tuktamysheva told Russian media, when asked to comment on recent rumours that she had broken up with her figure skater boyfriend Andrei Lazukin.

“The reason [for the breakup] wasn't a conflict or misunderstanding. It’s just how the life goes”, she added.

Earlier, the figure skater revealed that she valued 'strength of character' as the most important quality in men.

The couple had reportedly been dating since 2015, as both athletes train under the same coach Alexey Mishin. Lazukin is the first Russian to perform the quadruple Rittberger skating element.

During the interview, Tuktamysheva, who is known for some attention-grabbing performances, like when she made the headlines a few years ago, after stripping down to her lingerie at the Skate Canada Grand Prix, has also reflected on her love for spectacles.

© Photo : instagram
Russian ‘Striptease’ Skater Tuktamysheva Reveals What She Values Most in Men
“As a child, I loved funny elements, unexpected turns… Over time, when my personality matured, I realised that I just like funny stories”, the 23-year-old skater explained. “I never put on a mask. When something is organic inside me, it means that my energy and real feelings are visible on the ice”.

Tuktamysheva is the 2015 world and European champion, who is now believed to be the progenitor of the “undressing trend” following her bold performances.