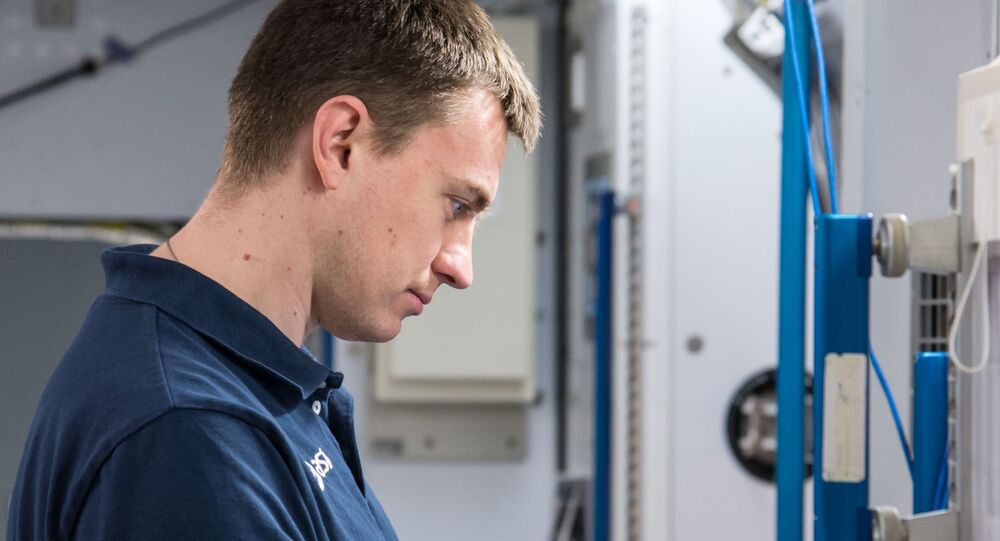 MOSCOW (Sputnik) - Russian cosmonaut Nikolay Tikhonov may be excluded from the crew of Soyuz MS-16 spacecraft, expected to be launched to the International Space Station (ISS) on 9 April, and Sergey Ryzhikov may replace him as the chief of the crew, three sources in the rocket and space industry said on Wednesday.

"Nikolay Tikhonov has sustained an injury, which may prevent him from flying to the ISS. The possibility for cosmonaut Sergey Ryzhikov to replace him in the crew is being studied", one of the sources said, without providing any detail about the injury.

Meanwhile, the second source stated that relevant agencies had already been tasked with replacing Tikhonov's belongings, including the spacesuit, with those for Ryzhikov.

The third source revealed that the chief medical commission would convene later in the day for a meeting, aimed at making a decision on whether Tikhonov should be excluded from the crew due to his injury.

Earlier in the day, a source said that Russian State Space Corporation Roscosmos would convene a meeting regarding the Soyuz MS-16 crew, which means that changes may be announced in the previously designated team.

It has been planned initially that the crew will comprise Russian cosmonauts Tikhonov and Andrey Babkin, and US astronaut Christopher Cassidy.