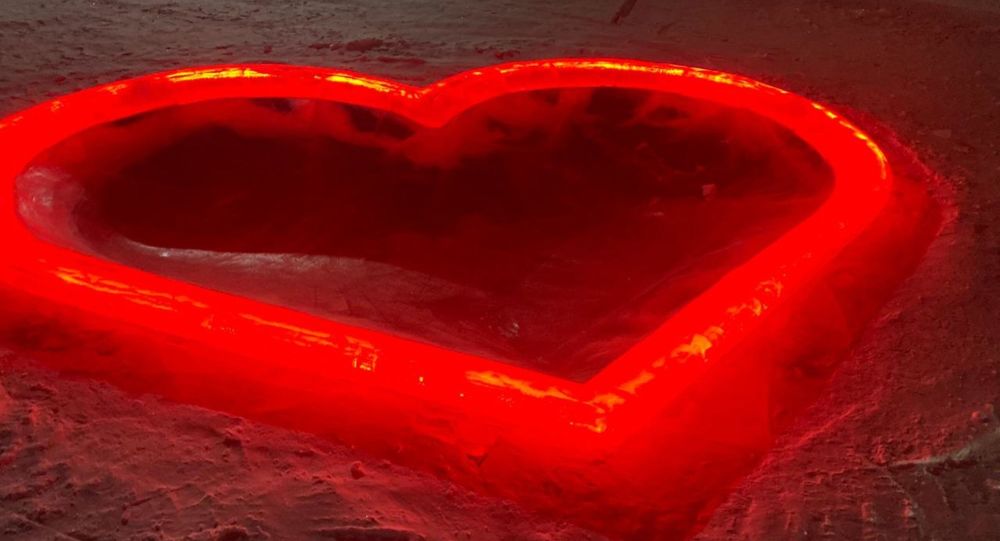 The things they do for love: fight, suffer, and get buried alive in sub-zero temperatures. Next up: taking a bath in liquid nitrogen vapour.

A Russian adrenaline junkie was buried alive in a heart of ice at -35C on Valentine’s Day – all for the sake of love.

Oleg Rezanov, 47, spent about 13 minutes under a 20-centrimetre pack of ice and snow on Friday.

A resident of Zelenogradsk in Russia’s westernmost region, he had flown to Yakutsk – one of the coldest cities on Earth – to pull off the stunt.

Rezanov lied down in a heart-shaped hole in the ground wearing nothing but shorts and a towel around his head. He was covered up with ice, and his ‘grave’ doused with water. Health and rescue workers were deployed to the scene.

They dug him out 12 minutes 52 seconds later (1252 is the year when Zelenogrask was founded); Rezanov was shaking and barely standing on his feet.

“I remember the first minute, and don’t remember further,” he told local media, adding that he held his breath under the snow and inhaled just twice because there wasn’t much air there.

“I only recovered my senses when they were pulling my head out.”

He dedicated the stunt to his wife, Irina, with whom he has six children.

Rezanov, a former soldier, calls himself “the Lord of the Cold” and claims to hold 12 world records in cold weather survival.

Last year, he braved a parachute jump in Yakutia at -30C, dressed only in shorts again, and spent 12 hours and 52 minutes overnight buried in the snow in a wooden sarcophagus.

Last month, Rezanov immersed himself in an open-air vessel filled with a brine solution at about -20 degrees. He spent seven minutes there while playing mouth harp and received heat burns (he said brine feels pretty much like boiled water).

In March, he plans to dip himself for an hour into liquid nitrogen vapour, which has a temperature of below -130°C.