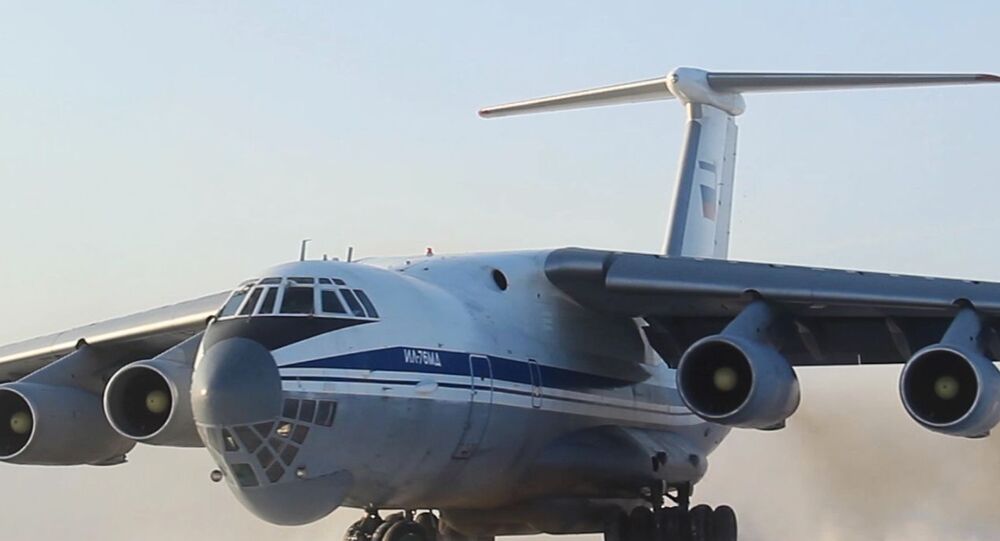 Second Russian Military Aircraft Leaves Wuhan With 64 People on Board

MOSCOW (Sputnik) - A Russian Aerospace Forces aircraft has left China's Wuhan for Russia with 64 people on board, the Russian Defense Ministry said Wednesday.

"The second aircraft of the Russian Aerospace Forces with citizens being evacuated left Wuhan Airport of the People’s Republic of China for the Russian Federation. There are 64 people with personal belongings on board the Russian military transport aircraft", the Ministry said.

All citizens are accompanied by military medics and Russian Defense Ministry virology specialists in special protective equipment. The condition of the people being transported is continuously monitored by specialists.

On Tuesday, the first Russian rescue plane took off from near the Chinese border and headed to the city of Wuhan, the capital of Hubei Province, to evacuate those Russian nationals who had asked to urgently leave the region, the Russian Defense Ministry said.

According to the Chinese authorities, the number of people who have died from novel coronavirus in China has reached 490, with a total of 24,324 people infected and 892 recovered.

As the newly emerged strain of coronavirus continued spreading in China and beyond, many countries arranged for the evacuation of their citizens from the infection hotbeds, primarily from Hubei and its capital of Wuhan.

Known so far about 2019-nCoV is that it can transmit from human to human and there may be no noticeable symptoms during the initial incubation period, the reason why evacuees are normally placed in a two-week quarantine upon repatriation.