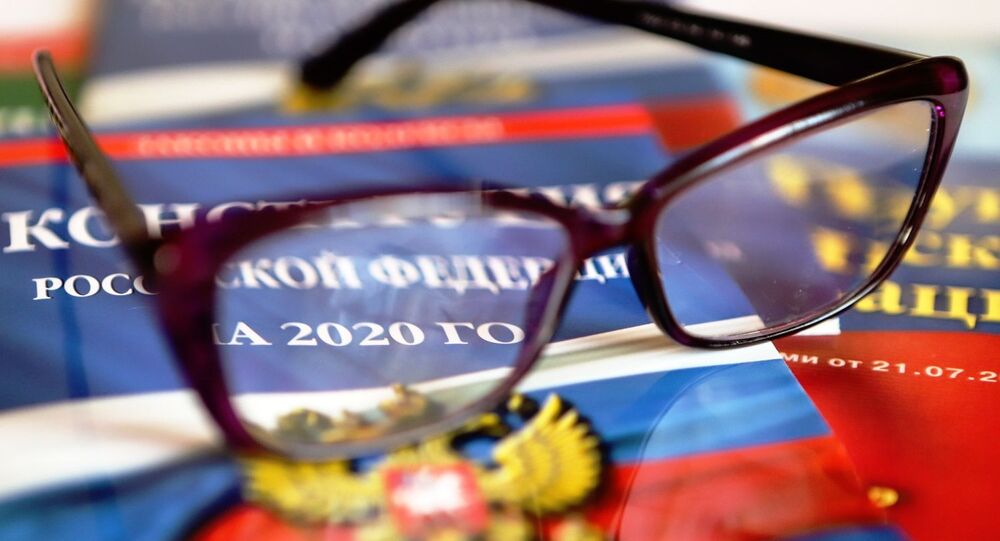 MOSCOW (Sputnik) - All discussions on possible changes to the Russian constitution are discussed within the framework of a working commission, including the idea of mentioning God in the new constitution, Kremlin spokesman Dmitry Peskov said.

"In the Kremlin, in this case, the whole discussion [on the constitution] is held within the framework of the commission, and it should be held there. You know that the composition of the commission is very wide, different views are expressed there, different proposals are formulated, including this proposal [mentioning God in the constitution] will be discussed there", Peskov told reporters.

Moreover, when responding to a question about a possible date for an all-Russian vote on amendments to the Constitution, the Kremlin spokesman said that the matter was under discussion.

"All this is being clarified, now it is all under development, discussion, so let's just have patience", Peskov said.

On 1 February, Patriarch of Moscow and All Russia Kirill suggested mentioning God in the Russian constitution, naming the fact that most Russians believe in God as the reason behind it.

© Sputnik / Maxim Blinov
Russian State Duma Supports Constitutional Amendments Legislation in Preliminary Vote
In the address to the parliament in mid-January, Russian President Vladimir Putin offered important changes to the constitution, including reducing the presidency to two terms and expanding the role of the legislature. While the lower house of the Russian parliament passed the presidential bill on amendments in the first reading on 23 January, the working group continues refining the draft law, preparing for the second reading, slated for 11 February. The all-Russian vote on the amendments is expected to be held after both chambers of the parliament pass the bill.
...
Reddit
Google+
Blogger
Pinterest
StumbleUpon
Telegram
WhatsApp
124
Tags:
Dmitry Peskov, God, constitution, religion, Russia
Community standardsDiscussion