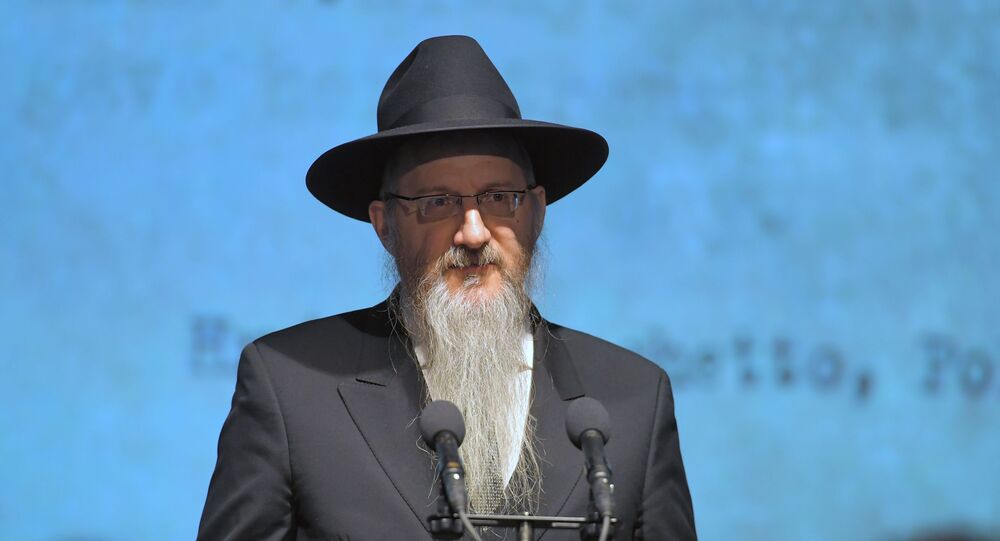 The congress, dedicated to the 20th anniversary of the Federation of Jewish Communities of Russia (FEOR), took place on 28-29 January. Heads of Jewish communities and rabbis from 140 Russian cities, representatives of charitable organizations and senior officials, were invited to the event at the Moscow Jewish community centre.

The chief rabbi of Russia, Berl Lazar, said that anti-Semitism in Russia is now at its lowest level in history, and noted that Jews feel comfortable in practicing their faith.

"Now, thank God, anti-Semitism in Russia is at the lowest level. Recently, in Jerusalem, the Day of memory of victims of the Holocaust was commemorated. There, everyone noted that Jews in Russia feel comfortable, openly demonstrate their Jewishness and are respected by the state and others", Lazar said.

Russia has a unique inter-ethnic and inter-religious dialogue and "friendship with its neighbors", Lazar noted, adding that 20 years ago - when the FEOR was established - many Jews "left and did not see a future".

"What do we have in 20 years? The community works in more than 200 cities in Russia, implements hundreds of projects in the field of religion, education, culture, and social sphere, and sponsors clubs for young people. Every year, new synagogues, community centres and kindergartens are opened. Everyone recognizes that the Russian community is the most dynamic in the world", said Russia's chief rabbi.

According to Lazar, the results could not be achieved "without the support of state structures and our friends. Everyone who sits in this hall does a lot for the community", while addressing participants of the Congress.

Russian Prime Minister Mikhail Mishustin, in his welcome address to the participants of the VII Congress of the FEOR, noted the Federation's contribution to the fight against xenophobia, anti-Semitism and extremism.

© RIA Novosti . Valeriy Melnikov
Russia Safe for Jews Compared to Western Europe: Jewish Community Leader
"...Over the years, FEOR has become one of the largest and most authoritative religious organizations. In Russia, the Federation's activities aimed at maintaining and developing Jewish traditions and rites are highly valued", the statement said.

"FEOR's contribution to the fight against xenophobia, anti-Semitism and extremism deserves great respect. It is important that you always firmly resist attempts to justify the crimes of fascism, to revise the results of the Second World War – you defend the truth about the tragic events of the past. In the year of the 75th anniversary of victory in the Great Patriotic War, this position of the Federation is of particular importance", the statement stressed.

Mishustin also expressed confidence that the Congress would become a significant event, and give new impetus to the development of the Federation of Jewish communities in Russia and hoped that decisions taken would help to strengthen peace and harmony.