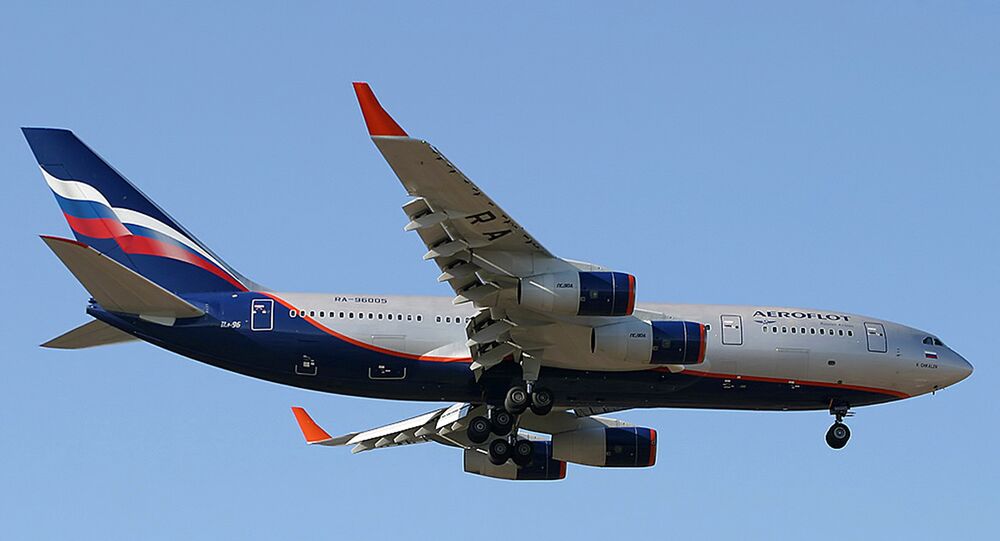 An aircraft from Russia's flagship carrier Aeroflot that left Khabarovsk earlier in the day was due to fly to Moscow but was forced to return to the departure airport after receiving a bomb threat.

An Aeroflot passenger plane has successfully landed in Russia's Khabarovsk following reports of a bomb threat, emergency services reported on Monday. There have been no injuries, it added.

Earlier, a representative from the departure airport said that the pilots were forced to fly the jet back to Khabarovsk after a message about a possible bomb threat.

"Flight 1713 left Khabarovsk on Monday afternoon. The crew received information about a threat after take-off and decided to return. All the emergency services have been placed on alert. There are 262 passengers and 10 crew members on board", the representative said.

There has been a surge of false bomb threats in various cities across Russia since the end of last year, most often at shopping malls, underground and railway stations, and schools and kindergartens.

Last week, Russian security services said that the false alerts had been sent from an online service in the Netherlands. The authorities have launched an effort to block its access in Russia.