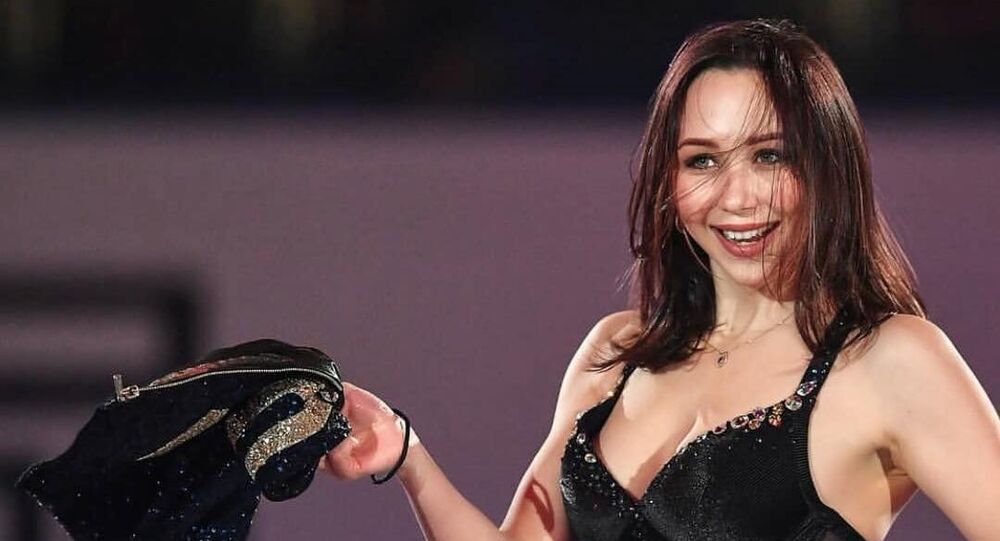 Russian ‘Striptease’ Skater Tuktamysheva Reveals What She Values Most in Men

Elizaveta Tuktamysheva, a 23-year-old figure skater from Russia’s Udmurt Republic, made headlines a few years ago in her iconic appearance at the Skate Canada Grand Prix by stripping down to lingerie during her performance.

Russian figure skater Elizaveta Tuktamysheva, who is well-known for making bold fashion statements during her gala appearances, has opened up about the qualities she values most in men. Speaking to the Russian outlet Stories, Tuktamysheva said that it was “backbone” she found to be “the most important quality” for males, apparently hinting at a strength of character, while also insisting that she would nevertheless feel uncomfortable next to men, earning more money than she does.

“I always earned money myself, and pretty good money. It would probably be very difficult for me to be with a man who earns more than me”, the figure skater told the outlet.

She also pointed out that for women it was most important to be “sincere”.

“… I am not for one hundred percent feminism, and I do not want to be hyper-independent. A man is a man. He is reliance and support. But, since I myself work a lot, give my all during trainings, so cooking is not an obligation for me. In general, I never leaned towards fanatical feminism”, Tuktamysheva noted.

Tuktamysheva, 23, put on a stellar performance during the Skate Canada Grand Prix in autumn 2018, after stripping off her flight attendant jacket to black lingerie during the gala show, launching what is now believed to be an “undressing trend”. Tuktamysheva is the 2015 world and European champion and is dating her fellow figure skater Andrei Lazukin.