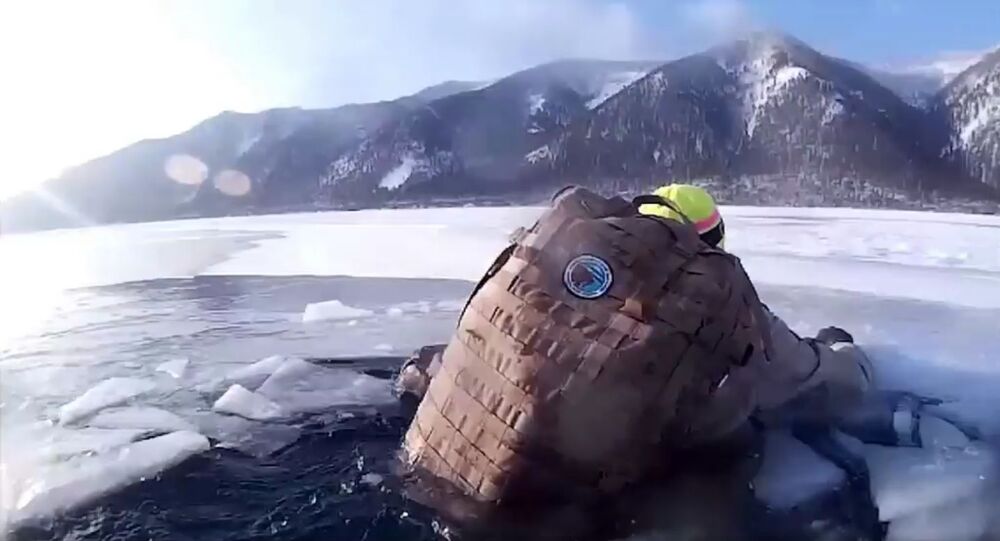 The incident took place on Lake Baikal, home to nearly a quarter of the planet’s surface freshwater.

A pair of Russian thrill-seekers in Siberia had a close call with a watery grave earlier this month after overestimating the thickness of the ice they were trekking across on Lake Baikal.

A video uploaded to Facebook by Zakhar Sarapulov, one of the trekkers, showed the moment the pair were sucked into the freezing-cold water after falling under a patch of thin ice. The pair could be seen struggling with their heavy backpacks, unable to climb back onto shore as more ice breaks up under their weight.

The tourists were said to have spent some 17 minutes in the water, after which they had to trek 6 km to the border of the Baikal National Park. Fortunately, neither of the men suffered any injuries, not even a sniffle!

The incident was said to have taken place about 300 meters from shore, with the men later learning that the area where they fell contained hot springs which heat local waters.

Sarapulov offered viewers some potentially life-saving instructions on what to do after falling through thin ice. First, he suggested, it’s important to loosen the straps on your backpack before stepping out onto the ice. It can serve as a flotation device in the first moments after falling in, but after it is saturated with water can pull you down with it, hence the need to be able to unfasten it quickly. After reaching solid ice, Sarapulov recommends throwing a leg up and out of the water to escape, since attempting to do so from the chest in heavy, water-soaked clothes can be next to impossible. Third, Sarapulov categorically forbids undressing on the shore and ringing out wet clothes unless you have a dry backup, because the wet clothes will harden in a twisted state, making them impossible to put back on and leaving you vulnerable to hypothermia.

Lake Baikal, situated in Russia’s Siberia north of Mongolia, about 4,300 km east of Moscow, is the largest freshwater lake in the world by total volume, containing close to a quarter of the planet’s surface freshwater. It’s also the world’s deepest and oldest lake, with a maximum depth of over 1,640 meters.