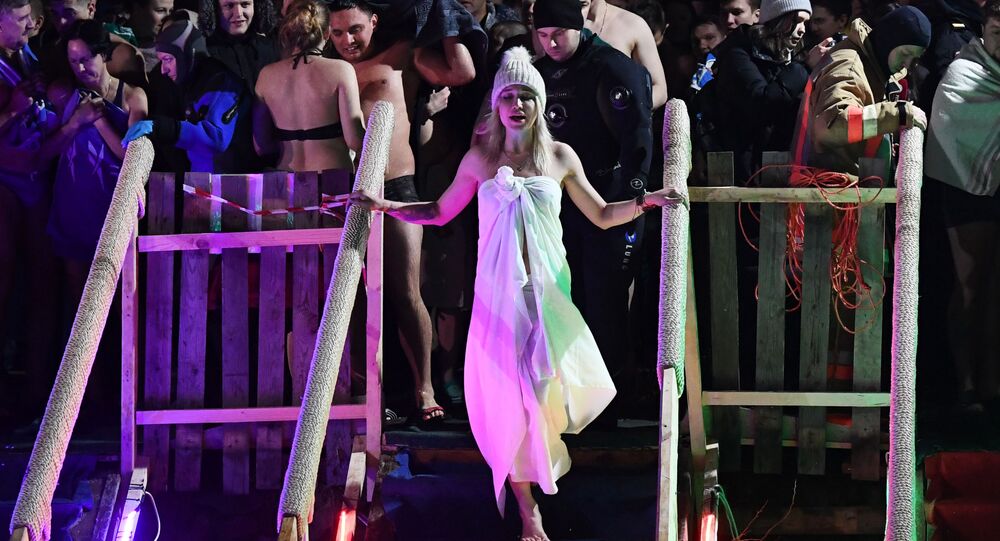 On 19 January, Eastern Orthodox believers worldwide celebrate Epiphany, marking the baptism of Jesus Christ, which is usually accompanied by bathing in icy cold water. In Russia, however, the holiday often takes place under extreme weather conditions.

Around two million Russians took part in religious activities devoted to the Epiphany, including bathing in icy water at night, spokesperson for the Ministry of Internal Affairs Irina Volk told Russian media.

“On the night between 18 and 19 January, about 2.1 million people took part in more than 8,700 religious events dedicated to the celebration of Epiphany”, Volk revealed.

The tradition of bathing in icy water on the eve of Epiphany goes back to ancient times and is often associated with the cleansing of one’s soul from all sins, although some controversy now surrounds the widespread presence of colourful bikinis at the religious celebration and negative emotions it may provoke among some believers.

Russian bathers were courageous enough to steel themselves not only to water in Moscow, which has been experiencing an unusually warm winter this year, but also in many other cities across the country. 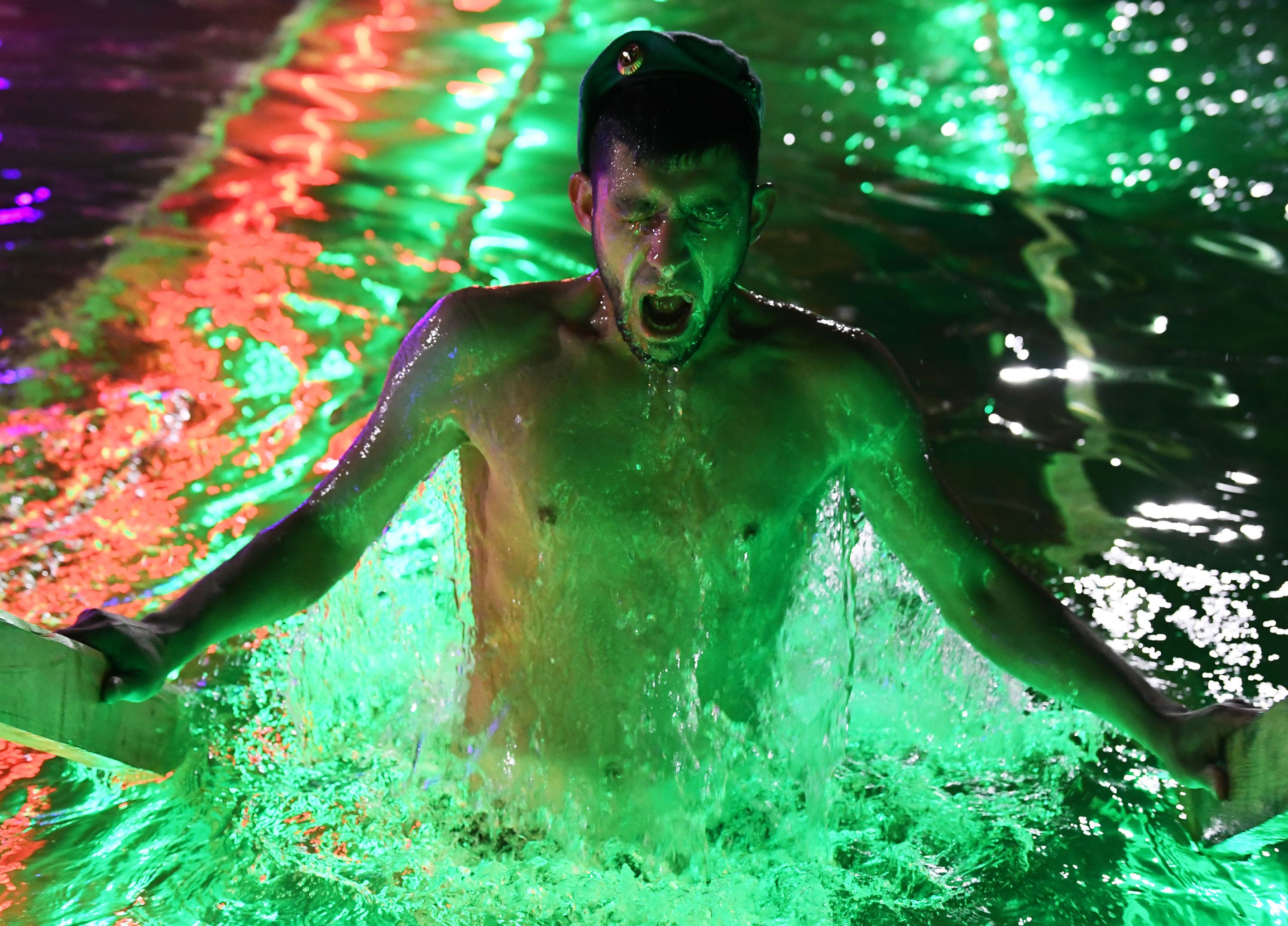 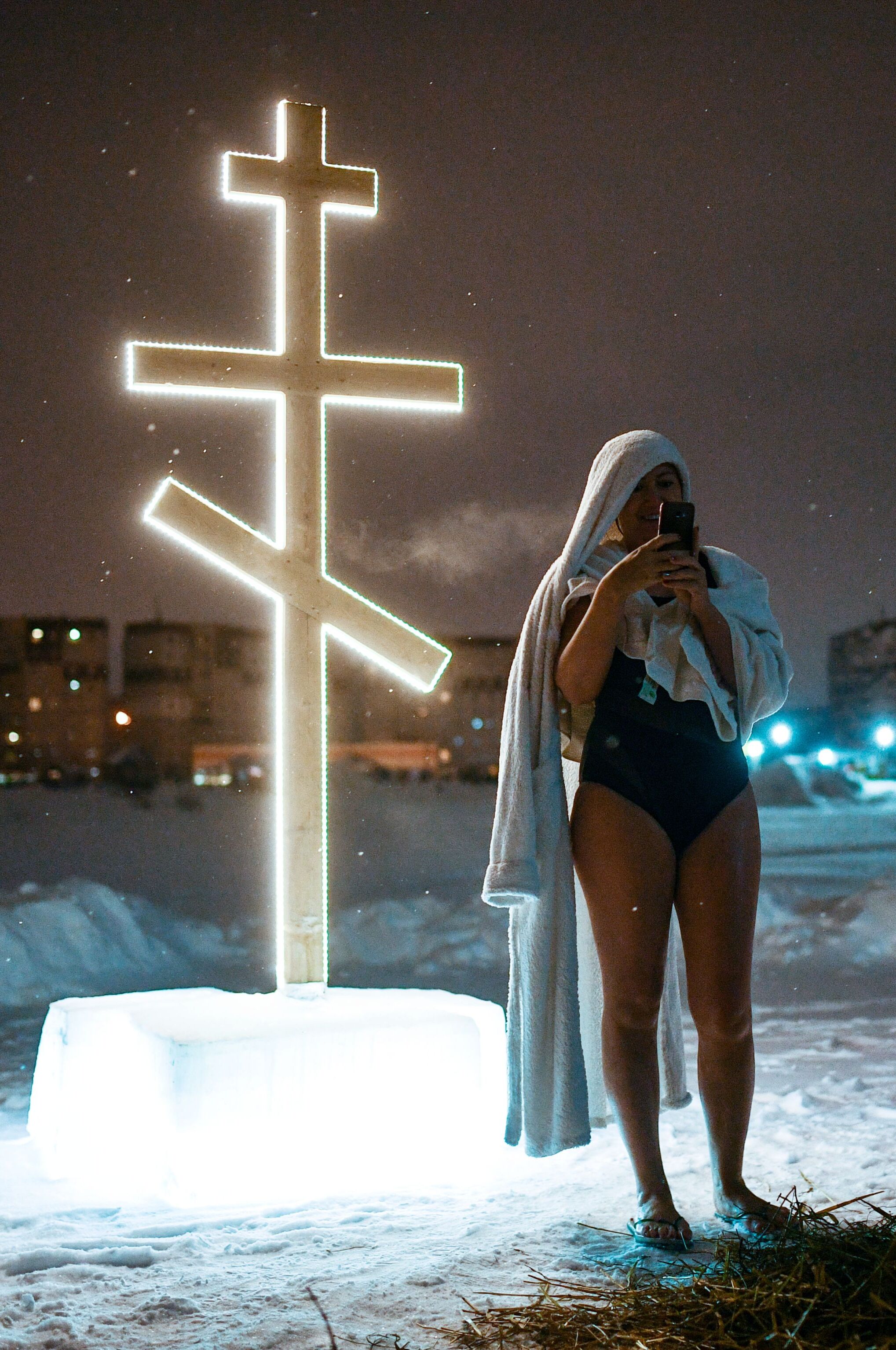 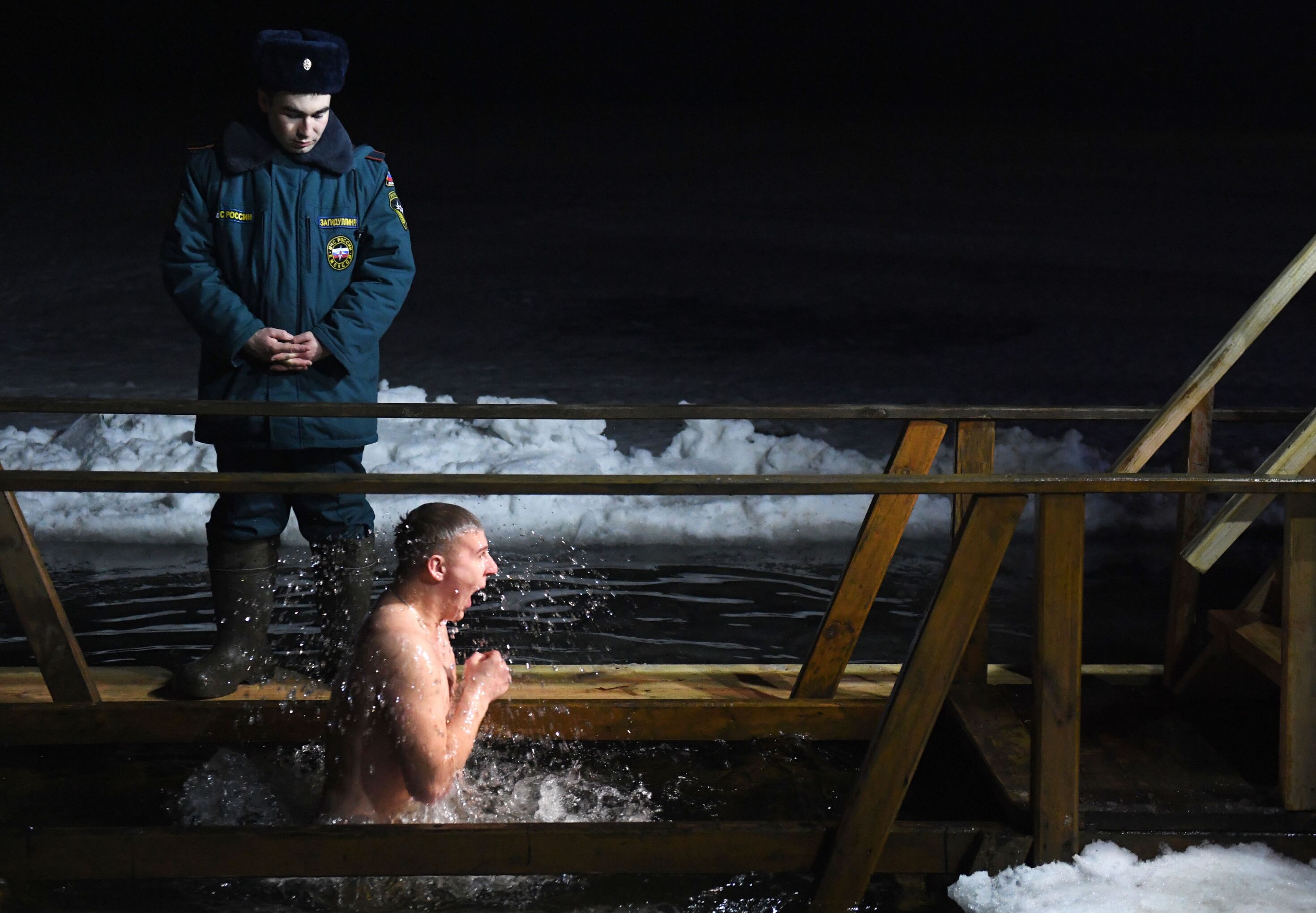 Some of Russia’s most prominent figures, including boxer-turned-politician Nikolai Valuev and governor of the Kemerovo Region Sergei Tsivilev, also took dips in cold water according to their annual tradition, while former Russian ballet dancer Anastasia Volochkova did not appear to take part in the festivities, but still congratulated her followers on her Instagram page.