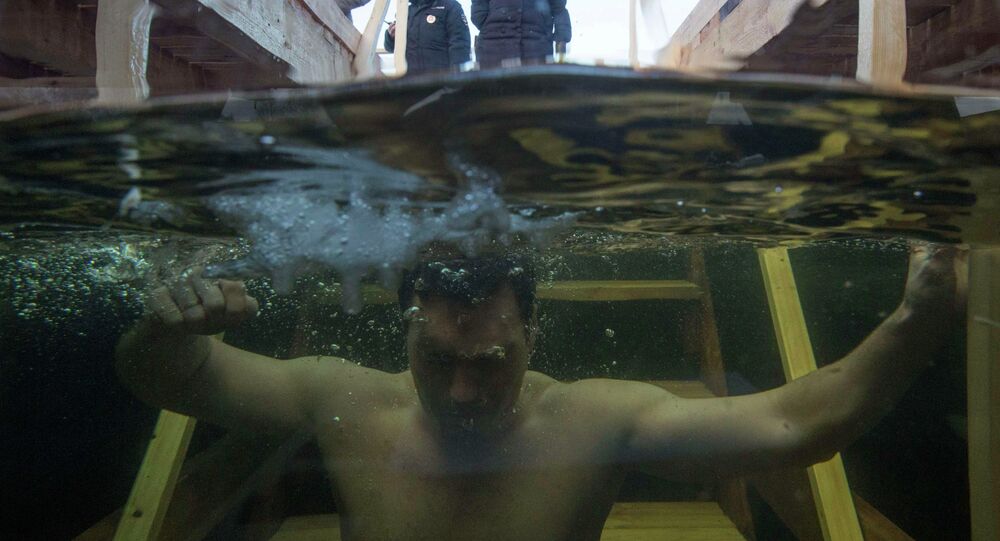 Honoring the historic Orthodox Russian tradition, ice is broken - mostly in cross-shaped forms - in frozen lakes and rivers for believers to plunge into the frigid water. After a special midnight mass, believers and thrill-seekers alike immerse themselves in the shockingly cold water, typically three times in a row, in honor of the Holy Trinity.

Moscovites, including Russian celebrities and lawmakers, politicians and high-profile business leaders, on Saturday night will take to 46 specially-equipped outside fonts located across the city and its suburbs. Across Russia, hundreds of thousands more will visit local lakes and rivers to perform the annual ablutions.

This month, following the abnormally warm weather in December 2019, has also seen record high temperatures including anomalous figures for the Moscow Region, ranging from +1 to +6 degrees Celsius. Despite a forecast for Saturday night of some -2 Celsius, thousands of Moscovites are expected to take to the cold water.

As always, no cheating is allowed. Those who take a couple of 'heating' vodka shots before the religious ritual are rigorously banned from joining the ritual. Police and rescuers deployed on a special vigil will be watching closely for violators and ready to assist if someone feels sick.

The Epiphany, which symbolizes Jesus Christ’s baptism in the Jordan River, is one of the Great Feasts. The Russian Orthodox Church celebrates it on 19 January, in line with the Julian calendar.

Epiphany bathing lasts until Monday, across all of Russia. According to Orthodox belief, all water and liquid, even that running through pipes at home, acquires divine attributes during the religious ritual.