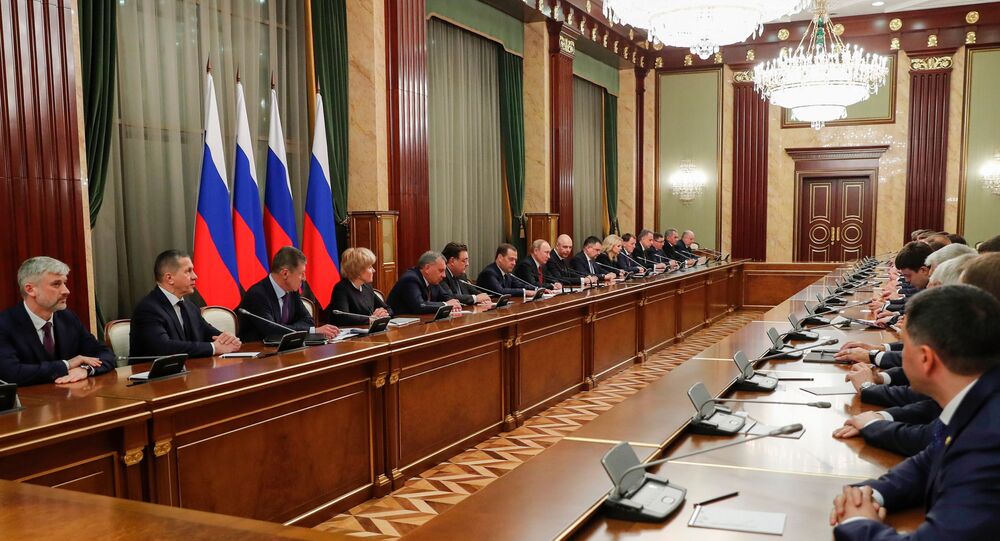 Russia's foreign policy will remain unchanged following a cabinet reshuffle since it is determined by the president, Deputy Foreign Minister Sergey Ryabkov has said in an interview with Sputnik.

"I think no one should have any doubt about the continuity of the current policy, the policy that has been pursued and that will be pursued in the future. In the Russian Federation, foreign policy is determined by the president, and there is nothing to add”, Ryabkov said.

He went on to say that Russia's foreign policy holds great weight in the international community, since Russia's offers, actions, and initiatives are "followed attentively”.

"Russian foreign policy contributes to further strengtheningthe country's position in the world, it serves the interests of our progressive development, it ensures citizens' interests and well-being, and this will continue, I have no doubt about that”, Ryabkov said.

Ryabkov's comments come as acting Russian Foreign Minister Sergei Lavrov is expected to hold an annual press conference and a question and answer session with journalists, during which he will review the main achievements of the country's diplomacy in 2019.

On Possible Contacts With Pompeo at Berlin Conference

Russia isn’t currently planning any contact with US Secretary of State Mike Pompeo on the sidelines of an upcoming international conference to resolve the Libyan crisis, to be hosted in Berlin on Sunday, Deputy Foreign Minister Sergey Ryabkov said.

"As I have heard, Secretary of State Pompeo is expected to arrive there. We do not currently plan any contacts in this context", Ryabkov said.

The official further noted that Sunday's conference may be a success, yet it is important to continue coordinating efforts between the key players.

"If all the sides have the political will, I think it will perhaps be possible to fulfil the scheme of agreements that was elaborated in Moscow, but additional effort and flexibility will be needed”, Ryabkov said.

"I want to stress that Russia, as well as Turkey, is working really hard on this. I do not rule out that our steps, coordinated with other interested parties, will bring some result, perhaps in Berlin”, Ryabkov said.

© AP Photo / Esam Omran Al-Fetori
Moscow Says Berlin Conference Will Urge All States to Fulfil Arms Embargo on Libya
The following day, however, it was announced that the general had left Moscow without signing a ceasefire deal. According to the Russian Defence Ministry, Haftar was positive about signing the final statement with the Government of National Accord (GNA) but needed two days for domestic discussions.

Following the failed talks, Germany said that it would host a Libya peace conference in Berlin on Sunday. Besides the heads of the conflicting sides, Germany has invited representatives from Russia, the US, the UK, France, China, Turkey, and the UAE.