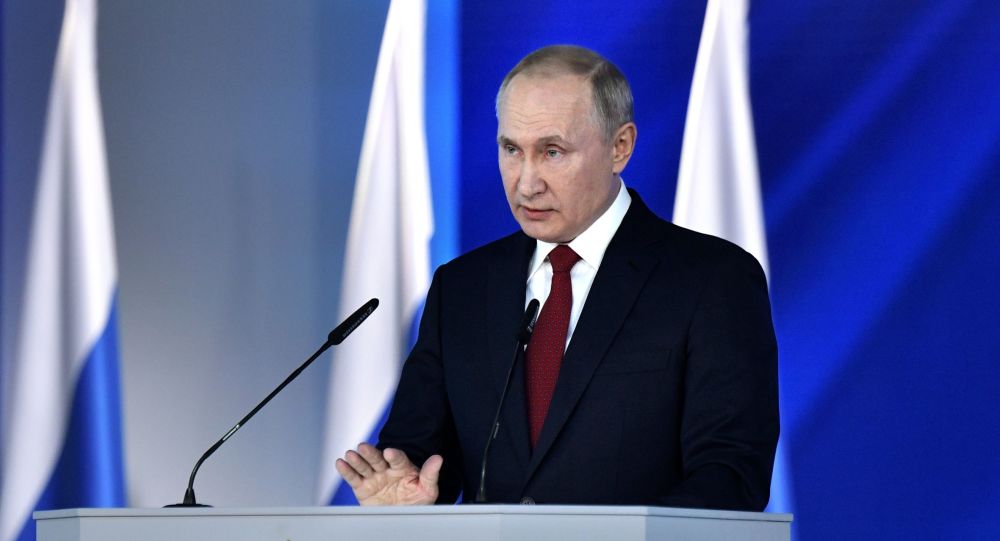 MOSCOW (Sputnik) - Russian President Vladimir Putin said earlier on Wednesday during his annual address to the Federal Assembly that he did not see any need to adopt a new constitution, but did propose bringing up for discussion constitutional amendments.

Later on Wednesday, Putin ordered the establishment of a special working group on the preparation of a proposal for amendments to primary Russian legislation.

The Russian president said earlier that these changes will increase the role and significance of the country's parliament and parliamentary parties, as well as the independence and responsibility of the prime minister and all cabinet members. Putin stressed that, despite significant changes in the situation in the country over the past 25 years, there was no need to adopt a new constitution.

Putin offered to transfer the power to appoint a prime minister, governors and other top officials, from the president to the parliament, while at the same time limiting the president’s power to reject parliamentary appointees.

Putin also proposed prohibiting top Russian political figures from having foreign citizenship or residence permits in foreign nations, as well as barring any individual from running for president unless they have resided in Russia for over 25 years and have never held any dual or foreign citizenship.

© Sputnik / Alexei Druzhinin
Power-Sharing: Putin Proposes Elegant Solution for Russia's Further Democratisation - Observers
Adopted in 1993, on the simmering ruins of the Soviet Union, the the Constitution of the Russian Federation has been changed only once, in 2008, when parliamentary and presidential terms were lengthened.

Putin deemed the changes important enough to refer to Russian voters for approval of the amendments.

Prime Minister Dmitry Medvedev informed President Vladimir Putin earlier in the day that the entire government would resign. The Kremlin’s press service announced later that Putin had submitted the candidacy of the head of Russia's Federal Tax Service, Mikhail Mishustin, as the new prime minister for consideration by the State Duma (lower chamber of the Russian parliament).