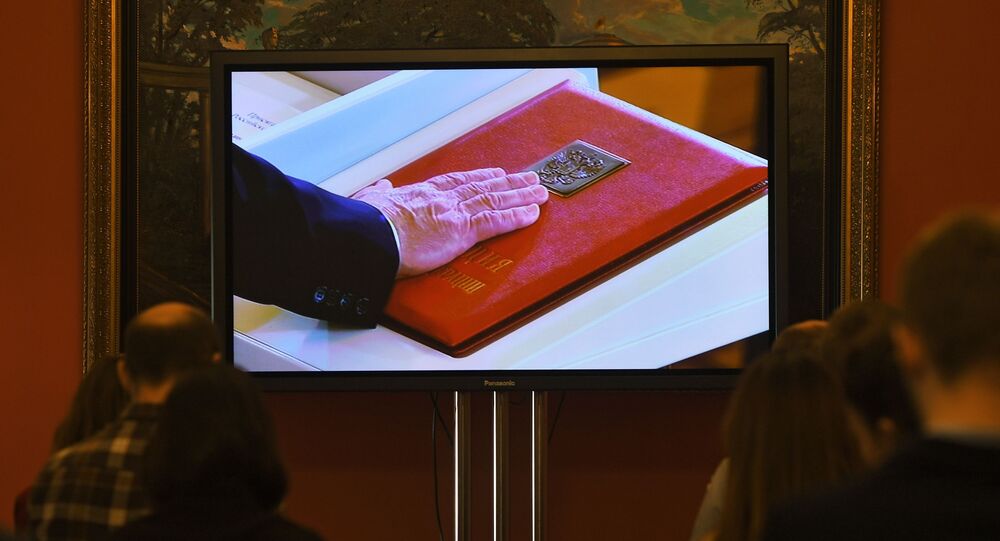 The Russian president was reelected for his second consecutive term as president in 2018, with the next presidential election scheduled to take place in March 2024.

Russian President Vladimir Putin has said that he agrees with the provisions of Russia's Constitution barring a president from seeking a third consecutive term in office.

"I know that in our society there are thoughts about the stipulation that one person can't stay on as president for more than two terms in a row. I don't think it's an important matter, but I do agree with this stipulation," Putin said, speaking at his annual state-of-the-nation address to Russian lawmakers in Moscow on Wednesday.

Putin noted that he agreed with the proposal to ban Russian lawmakers, governors, the prime minister and other senior officials from having dual citizenship or residence permits abroad, and proposed introducing these and other limitations at the constitutional level.

Putin said any changes to the constitution must be approved by citizens via a vote.

He stressed, however, that there was no need for a new constitution, saying "the potential of the Constitution of 1993 is far from being exhausted."

Speculation about the Russian president's views on constitutional term limits began last month, when, at his annual end-of-year press conference, Putin said the limits on consecutive terms "could be removed" if a consensus in society was reached.

Putin, 67, became Russia's president on January 31, 1999, winning elections in 2000 and 2004. In 2008, upon completion of his second term in office, Putin left the presidency and was appointed as Russia's prime minister by President Dmitry Medvedev. In 2012, Putin ran for and won his third non-consecutive term as president, with the presidential term extended to six years. He won reelection in 2018, and is expected to complete his fourth term as president in 2024.