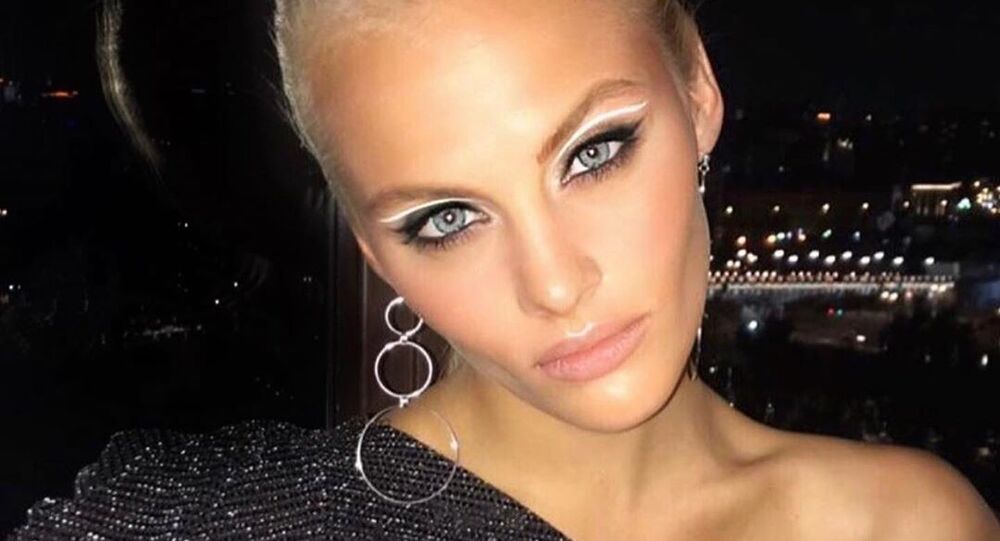 Russian model Ksenia Puntus, who has posed for Russian Vogue and Tatler, supposedly fell three feet from an apartment balcony in Moscow, sustaining multiple injuries, in circumstances that are being investigated.

An orthopedic traumatologist, Konstantin Ternovoy, has elaborated on the injuries sustained by Russian model Ksenia Puntus, who fell out of a third-floor window in a residential building in the center of Moscow, reported 5-tv.

He has stated that the young woman’s injuries were consistent with those resulting from a plunge from the third or fourth floor.

“Most likely, she landed on one leg, after which it was driven into the pelvis by the impact, causing the latter to fracture… After that she most likely collapsed to her side, with the blow causing multiple rib fractures and a bruised lung. The third point of impact was the head as it struck the ground, resulting in concussion and memory loss,” Ternovoy surmised.

According to him, this happens quite often during incidents of this nature.

The victim reportedly does not remember anything except her name.

Ksenia Puntus, 21, is believed to have tumbled from the window of her boyfriend's third-floor apartment in a residential building in the centre of Moscow on 11 January.

According to reports, the apartment belongs to Andrei Bakov, grandson of film director Nikita Mikhalkov.

A street cleaner found the Russian Vogue model naked in the bushes hours after the fall in below-freezing temperatures. She was said to have been conscious and crying.

The girl was urgently hospitalized, underwent surgery, and is currently in intensive care. Doctors assess her condition as "stable, but grave".

Puntus has numerous fractures and bruises, a head injury, chest injuries, along with a broken pelvis, ribs, and legs.
Moscow police have opened up a preliminary investigation into the incident amid fears of foul play due to the model being at a party prior to the fall.

The victim’s friend and fellow model, Alesya Kafelnikova, daughter of Russian tennis star Yevgeny Kafelnikov, denied her friend had taken drugs at the party and insisted she did not abuse alcohol.

“Ksenia was not taking drugs, which means we and her family know that something wrong happened. She was at the party with a bunch of people I know. Most likely their parents will do all in their power to hide the truth," she insisted.

Andrei Bakov has been interviewed as a witness due to him being reportedly present in the apartment during the fall.
The investigation into the incident is ongoing.

From Cooper's 'Bad Romance' to Depp's Go-Go Dancer: Top 5 Celebs Who Were in Love With Russian Girls