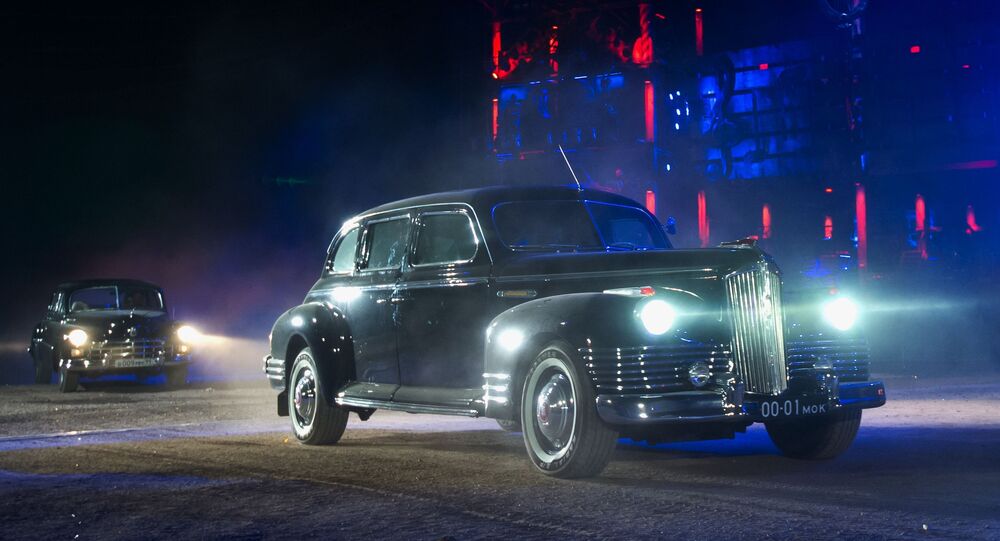 Only 32 over the rare armoured Soviet limousines were ever built, with the vehicles developed, for the most part, on the basis of a reverse-engineered 1942 Packard Super Eight.

According to the outlet, the men broke into the garage in the north Moscow containing the one-of-a-kind vehicle on the night of December 26, loaded it on a flatbed tow truck and left.

Local media say the vehicle belonged to the head of security of Ukrainian businessman Ruslan Tarpan, who is under house arrest in his native Ukraine. The car was not believed to be in running condition. The businessman was said to have been putting together a collection of rare cars for a future automotive museum, which he planned to build in the Ukrainian city of Odessa.

Moscow police are investigating the incident.

The ZiS-115 is an extremely rare vehicle, with just 56 produced between 1949 and 1955. In addition to Stalin, the vehicle was used by other senior Soviet leaders, as well as leaders in Eastern Europe and Asia. The Russian Presidential Garage sold off its last ZiC-115 in 1994.

The vehicle is an armoured upgrade of the ZiS-110, a Soviet limousine modelled on a 1942 design by US automotive maker Packard. Close to 2,090 ZiS-110s were produced between 1945 and 1961 in various modifications and trim levels.

Fitted with armour and a curb weight of 4,200 kg, the ZiS-115 was designed to protect against bullets with a calibre of 7.62 mm from a distance of 25 meters. The four-door, six person vehicle is equipped with a six-litre 366 cubic inch inline V8  engine putting out 140 hp and a three-speed manual transmission.

ZiS (Zavod imeni Stalina, lit. ‘Factory Named After Stalin’), later renamed ZiL (Zavod imeni Likhacheva after its first general director, Ivan Likhachev), was one of Russia’s first and largest manufacturers of trucks, cars, and heavy machine goods, producing close to eight million trucks, 39,000 buses, and 12,000 limousines of various modifications at its Moscow plant. After facing difficulty adjusting to market realities in the 90s, the automotive giant was declared bankrupt in 2017, with its vast Moscow land holdings converted to real estate, malls and an arena.