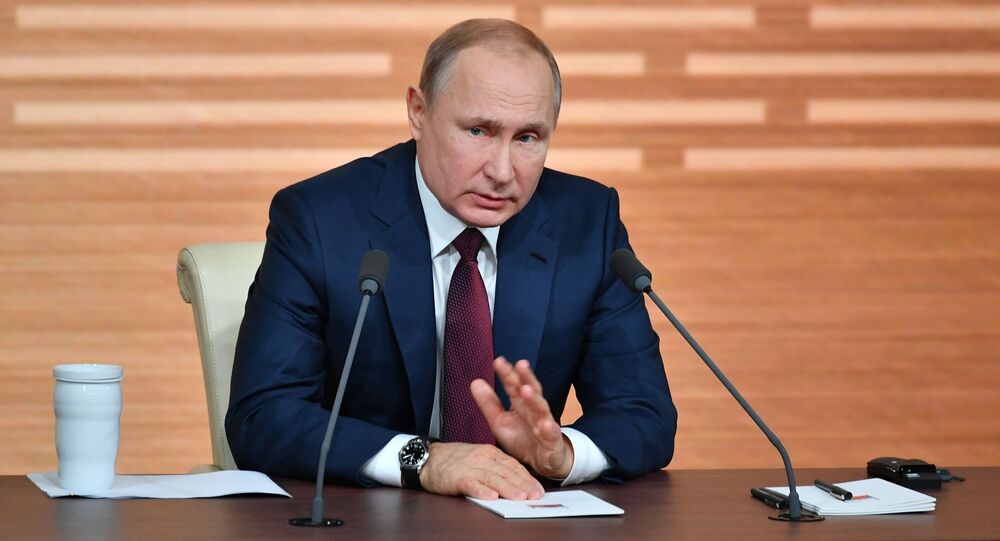 Russian President Vladimir Putin is holding his traditional 'end-of-year' press conference at the Center for International Trade (WTC) in Moscow.

This is the fifteenth annual press conference of its kind that Vladimir Putin has held at the end of the year since 2001. This conference once again broke the record for the number of journalists accredited to attend it - 1,895 people. Last year, 1,702 members of the press gathered at the WTC. Most of the journalists who came to the president’s annual news conference are from the regional media. The list includes many members of the national and international press.

The press conference will be covered live by TV Channel One, ‘Rossiya 1,’ ‘Rossiya 24’ and several radio stations.