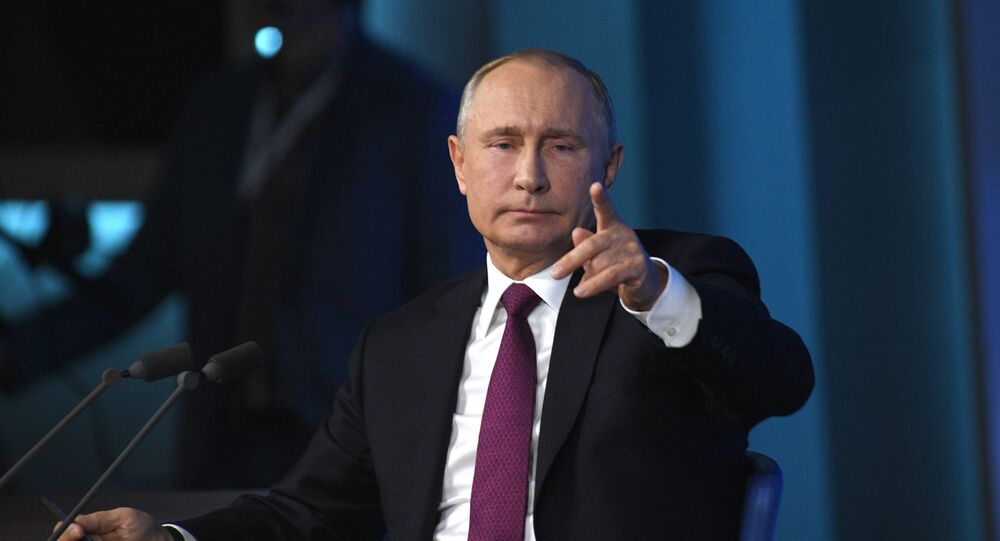 The event will begin at noon, 19 December, at the World Trade Centre Moscow, and is the 15th of its kind. The first took place in 2001 but was put on hiatus while Putin served as prime minister between 2008-2012.

Russian President Vladimir Putin will hold his traditional annual Big Press Conference, a de-facto summary of the year, on Thursday. This time, the event comes ahead of the 75th Anniversary of the Victory in the Great Patriotic War, and official memorabilia will bear the Anniversary logo.

This year’s Big Press Conference will involve a record-high 1,895 members of the press. In 2001, just 500 journalists were accredited for the press conference, but the figure has grown steadily ever since.

While the event involves both Russian and foreign journalists, the organizers deliberately prioritize journalists from Russian regions, taking into account that regional media representatives enjoy far less access to the president than an accredited Kremlin pool that follows Putin everywhere he travels.

During the conference, Putin traditionally answers questions related to Russia’s economy, social policies, national projects and problems of certain regions, as well as questions regarding Russia’s foreign policy. Every presser involves a number of personal questions directed toward the president, to which he tends to answer in a humorous way.

The president reportedly prepares long ahead for the annual event, talking to ministers, deputy prime ministers and heads of the federal agencies, in order to get updates on the entire socio-economic agenda.

The Kremlin press service, which takes pride in what it considers the “unprecedented format” of media events, underscores that journalists are not limited in question topics or in talk time, and the conference is not scripted. According to Kremlin spokesman Dmitry Peskov, “the absence of scripting is obvious.”

Over the years, attending journalists have adopted a method of attracting Putin’s attention by waving eye-catching and sometimes eyebrow-raising posters and other objects – even stuffed toys – sometimes complemented by striking outfits. Aware of what has already become a tradition, the conference organizers have asked attendees to not bring posters larger than an A4 sheet, so as not to obstruct photographers’ cameras.

No Rest for the Weary: Vladimir Putin Names the Most Important Event of 2020