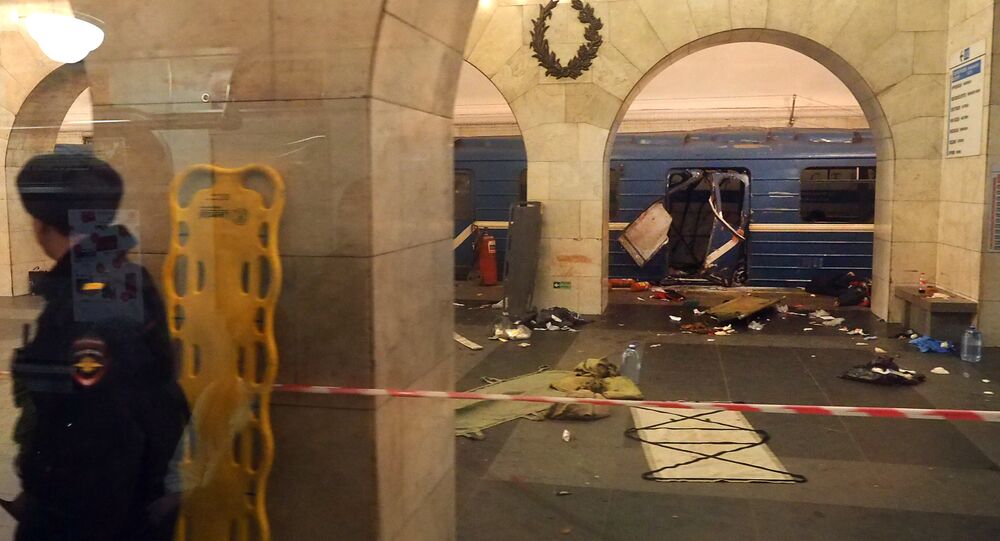 ST. PETERSBURG (Sputnik) - Earlier, the court found Azimov guilty of participating in a terrorist community and involving his acquaintances in the terrorist community, of committing a terrorist act, illegal arms trafficking, as well as of the manufacture, storage and transportation of explosives and explosive devices.

A court in St. Petersburg sentenced the key defendant in the case on a terrorist attack in the St. Petersburg subway in April 2017 that killed 15 people, Abror Azimov, to life imprisonment.

An explosion hit a metro train between the Sennaya Ploshchad and Tekhnologichesky Institut-2 stations in the St. Petersburg subway on 3 April, 2017, killing 16 people, including the perpetrator, and leaving about 50 people wounded. Another explosion, at the Ploshchad Vosstaniya station, was prevented due to the timely detection of an improvised explosive device.

Later the same month, Moscow's Basmanny court authorised the arrest of Abror Azimov after he had been detained in the Moscow region.

A total of 11 suspects have been held in custody in connection with St. Petersburg metro blast.