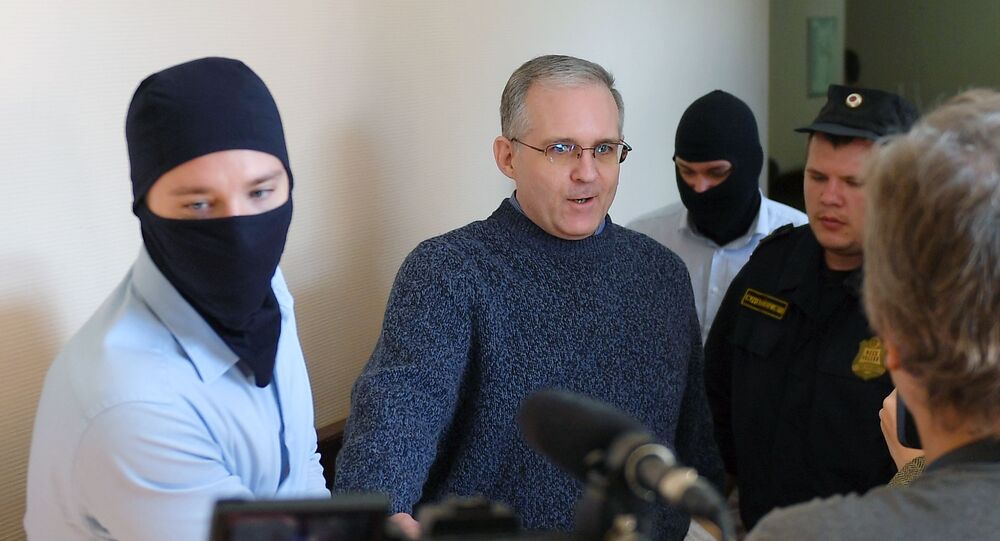 Paul Whelan was arrested in Russia in 2018 on charges of espionage and if convicted he will face up to 20 years in prison. Whelan denies all the allegations.

Attempts by the US mass media to promote the idea that Paul Whelan was arrested for nothing are part of a massive disinformation campaign, Russian Foreign Ministry said.

"We continue to register attempts by official Washington, both directly and through controlled media, to promote the idea that the Russian authorities allegedly hold citizen of the US and three other Western countries Whelan, arrested for espionage, and do not provide him with proper medical care. This is yet another massive disinformation campaign aimed at denigrating Russia's image," the ministry said.

US citizen Whelan, who also holds citizenship of three other countries, is not experiencing any serious health problems, although he does fake a medical condition from time to time which may be as a result of his spy training, the ministry added.

Paul Whelan, a former US marine, was arrested in Russia in December 2018 on suspicion of espionage. According to the court, Whelan had frequently visited Russia since 2007. Whelan, who also holds UK, Irish and Canadian citizenship, denies the espionage charges and insists that he arrived in Russia for a friend's wedding.