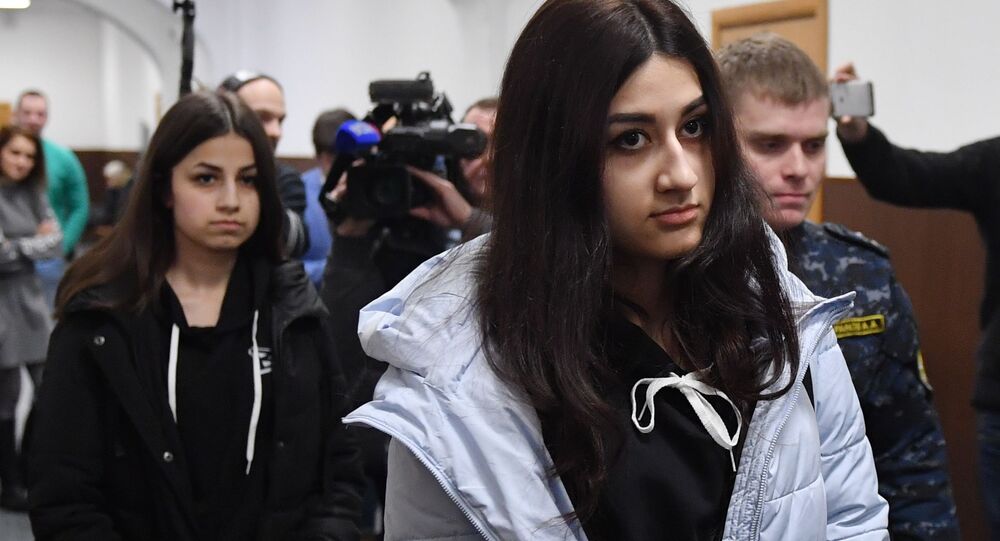 MOSCOW(Sputnik) - The Russian Investigative Committee said Tuesday it had completed its probe into the case of three sisters Khachaturian who killed their father after being abused physically and psychologically.

The investigators concluded that two of the girls could be aware of their actions at the time and sent their case to a prosecutor to determine the sentence. Compulsory medical treatment was recommended for the youngest sister.

Russia's High Commissioner for Human Rights Tatiana Moskalkova has suggested that the court take into consideration the fact that the girls were abused.

The case became the subject of an intense public discussion as the investigators confirmed that the girls' father had abused them. On 27 July 2018, the three sisters attacked their father with a knife and a hammer in their apartment in the north of Moscow.

This and several other cases have been widely discussed in the press and on the social media in connection to the domestic violence problem. Last month, the upper chamber of the Russian parliament published a text of a draft law on domestic violence, which would introduce restraining orders as well as preventative measures.