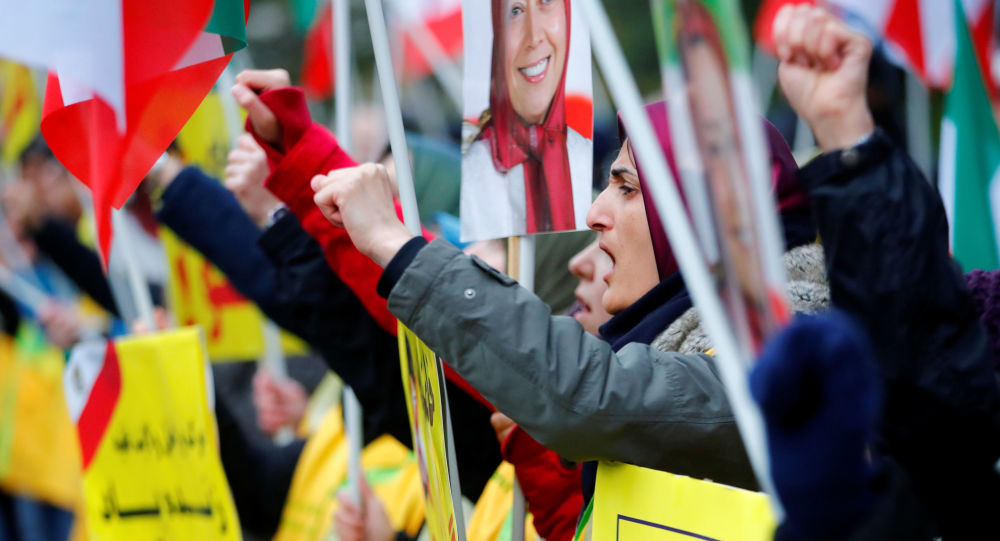 Protests erupted in several cities across Iran on Friday following the announcement that government-set petrol prices in the country will increase by at least 50 percent.

Russia’s Foreign Ministry has suggested that the spreading protests in Iran may be fueled by foreign forces.

“The situation there is already difficult and tense, and, of course, the significant increase in gasoline prices has added fuel to the flame,” Zamir Kabulov, the head of the Foreign Ministry's Second Asian Department, said on Monday.

He continued: “Meanwhile, foreign forces are also working actively, so all [the factors] together [have contributed to the escalation].”

The diplomat added that the Russian Embassy in Iran is following the situation closely and has not received any information that Russian citizens have suffered any injuries in the unrest.

Protesters took to the streets in Mshhad, Shiraz, Ahvaz and several other cities across Iran on Friday in response the announced hike in petrol prices by the government-run National Oil Company.

Officials said that the changes, which saw the prices jump by at least 50 percent and introduced quotas for retail sales of gasoline, will free up money to help low-income families.

According to local media reports, one person was killed during clashes with riot police and security forces in the city of Sirjan on Friday.

Supreme Leader Ali Khamenei backed the new petrol policy in a Sunday speech, while blaming “the counter-revolution and Iran's enemies” for the unrest.

The United States was quick to endorse what it called “peaceful protests”, while Iran warned the US against interfering in its internal affairs.

Iran has been subject to stringent economic sanctions from the US since last year, when Donald Trump pulled out of the 2015 nuclear deal. Sanctions were re-instated against Iran's oil exports, which have shrunk by more than 80 percent, deteriorating the socioeconomic situation in the country.