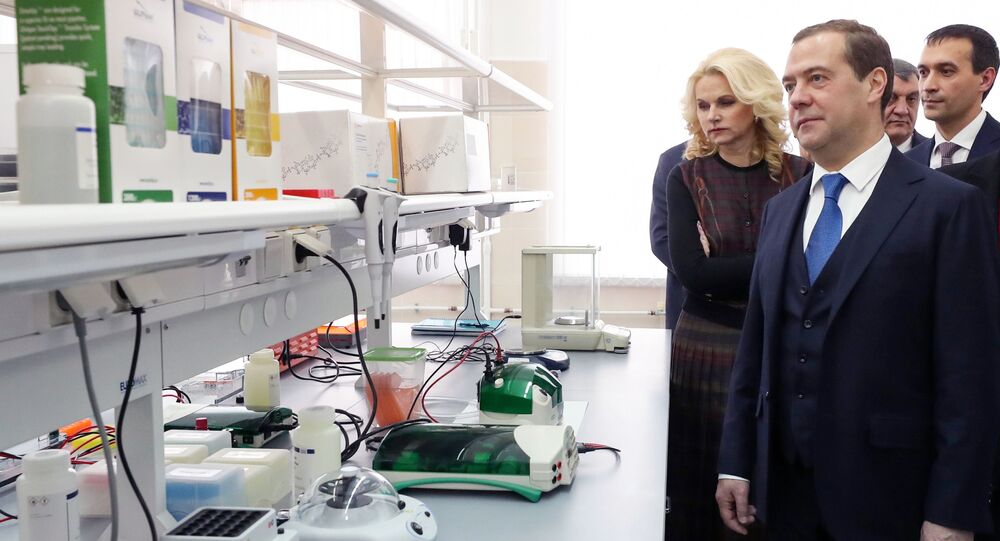 The Vector State Research Centre for Virology and Biotechnology in the Novosibirsk Region, one of the world’s leading institutions of its kind, has developed what it calls the EpiVacEbola and is ready to produce the first batch of 5,000 doses.

Russian Prime Minister Dmitry Medvedev visited the Vector State Research Centre for Virology and Biotechnology on Tuesday as part of his trip to Novosibirsk and congratulated the centre's personnel for becoming a Collaborating Centre for Influenza within WHO.

As a collaborating centre, Vector will be responsible for providing accurate, weekly updated data on the influenza activity in Russia and central Asia, including monitoring mutations of the seasonal virus.

The Russian prime minister was briefed on the stages of the development of the centre and examined a unique costume that is used to work with highly dangerous viruses.

Following the visit, Medvedev gave the go-ahead to begin the production of an Ebola vaccine for the Democratic Republic of Congo (DRC) and other African nations stricken by the deadly virus.

© REUTERS / Baz Ratner
World Health Organization Says Tanzania Might Be Hiding Ebola Cases
The Ebola virus is a potent fever with a wide-ranging set of symptoms that spreads predominantly in Africa and affects humans and some primates.

The World Health Organization (WHO) estimates it to have a 50 percent fatality rate. The current pandemic began in the DRC in July 2018 and has claimed over 2,000 lives from around 3,200 reported cases.