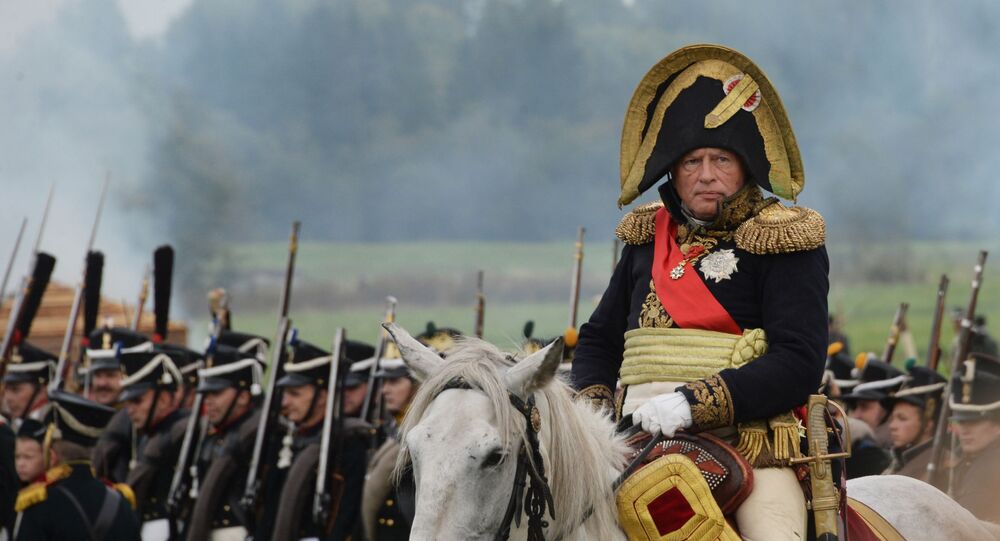 The disgraced professor, a prominent specialist in French history and war re-enactor, has confessed to murdering his former student-turned-lover out of jealousy. No charges have been brought yet, but an aggravated murder conviction could carry a sentence of life imprisonment.

A decorated history professor arrested in Saint Petersburg on suspicion of killing and dismembering a woman has been kicked out of a French institute where he was a member of the scientific council.

Officials of the Institute of Social, Economic and Political Sciences (ISSEP) in Lyon said in a statement on Saturday that they were “horrified to learn from the press about the atrocious crime allegedly committed by Oleg Sokolov.”

They added: “We immediately remove him from his position as a member of the Scientific Council and offer our condolences and support to the victim’s family.”

Oleg Sokolov, 63, an associate professor of history at St. Petersburg State University, was dragged by rescuers out of the Moika River in the city centre on Saturday morning. Police found the severed arms of his victim, 24-year-old Anastasia Yeshenko, along with a non-lethal pistol. Unconfirmed reports in local media suggest that another body, which is yet to be identified, has also been found in the river in a seemingly unrelated case.

Sokolov, apparently intoxicated, had likely fallen into the river while trying to dispose of the woman’s limbs. Divers later reportedly retrieved a plastic bag with the young woman's severed legs from the Moika.

Footage of the overnight search operation has surfaced online.

TWEET: “Divers have recovered a bag out of the Moika while searching for the remains of the murdered St. Petersburg State University graduate.“

Sokolov was admitted to hospital for hypothermia; while searching his apartment, police discovered the victim’s decapitated body, the severed head and a bloody hacksaw.

A murder probe has been opened into the case. The professor has already pleaded guilty and said he shot Yeshenko – his former student whom he was dating – on Thursday out of jealousy, before he decided to dispose of the body on Saturday.

It is understood that the two were living together and were collaborating on works about the Napoleonic Wars. The suspect could face life in prison if tried on charges of aggravated murder.

Sokolov, who is well-known in Russia’s history community for re-enacting Napoleon-era battles, had a stint as a visiting professor at the École Pratique des Hautes Études at the Sorbonne.

In 2003, he received the Legion of Honour – France’s highest national order of merit – from President Jacques Chirac for his works on French history.

The suspect has been dogged by accusations of assault in the past. In 2008, another former student who was apparently dating Sokolov at the time claimed he had tied her up and threatened to “cripple” her with an iron. The professor apparently faced no charges at the time.