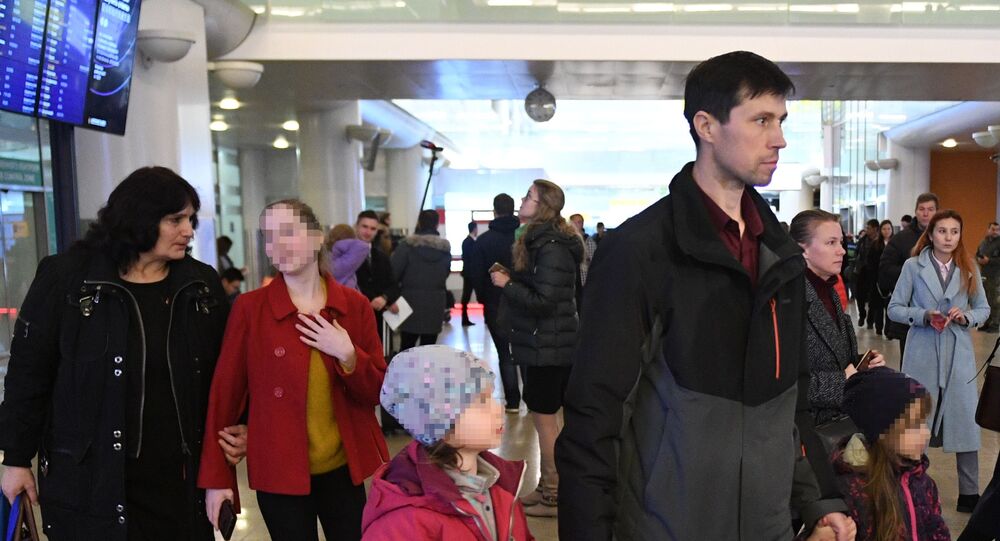 KHABAROVSK, Russia (Sputnik) – Russian national Denis Lisov who escaped Sweden with his three children and returned to Russia, arrived in his hometown, the Far Eastern city of Khabarovsk, a Sputnik correspondent reported on Saturday.

"We have not visited home for seven years. I feel normal. But we had a seven-hour flight [...] We are tired. We will first have a rest and then we will continue running our errands. The main things to settle now are school and kindergarten. I also need to find a job and settle everyday issues", Lisov told reporters.

He said that he had an apartment in Khabarovsk where he will live with his daughters. Lisov noted that all of them had Russian citizenship, adding that it was still dangerous for them to enter EU countries. The authorities of Khabarovsk said they would support the family.

Lisov had lived in Sweden for years before his wife was diagnosed with a mental illness and their three children were given to a foster family of Muslims from Lebanon due to his unstable financial situation and unsettled legal status. Lisov said in an interview with a Russian newspaper that two of his daughters faced health problems during their stay with the foster family.

In March, he escaped the country together with his three daughters but was detained at a Polish airport, while they planned to depart to Moscow. Sweden requested that the family be extradited, but Poland decided to strike down the arrest warrant and let Lisov and his daughters return to Russia.

Last Sunday, Lisov and his children arrived in Moscow, while earlier on Saturday they landed in a Khabarovsk airport, where their relatives, journalists and the regional social protection ministry workers met them.