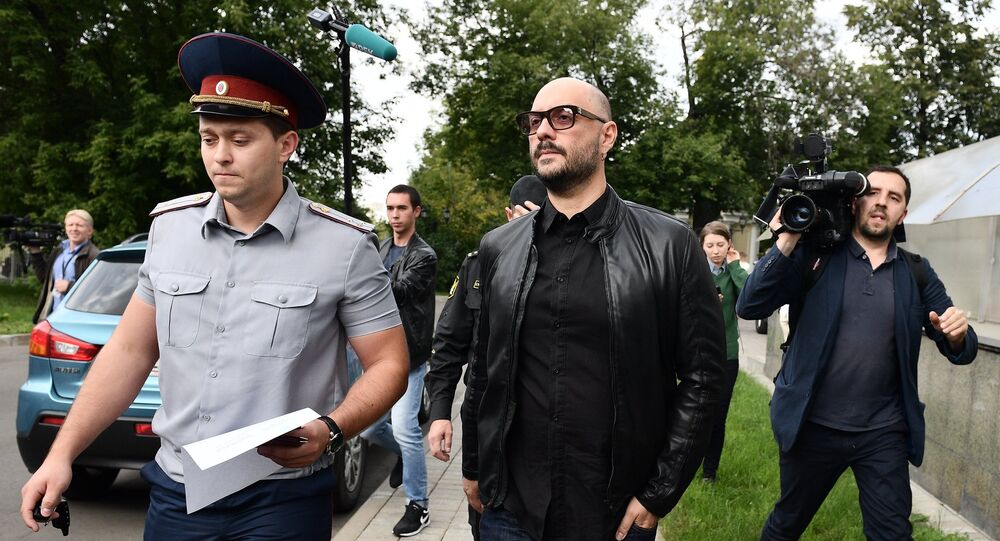 MOSCOW (Sputnik) - Moscow's Meshchansky District Court has refused to make film and theatre director Kirill Serebrennikov, accused of embezzling state funds, sign a recognizance not to leave again as part of relitigation of his case, a Sputnik correspondent reported from the courtroom on Friday.

While the prosecution insisted that recognizance not to leave was necessary, as the film director could evade justice without it, the defence stressed that this would prevent Serebrennikov and other defendants from implementing their creative plans.

"To turn down the request to choose recognizance not to leave as a pre-trial restriction," judge Olesya Mendeleeva said.

The same decision was made regarding other defendants in the case.

The judge stressed that the gravity of accusations itself was not a reason to make Serebrennikov and his colleagues at the Seventh Studio sign recognizance not to leave since there was no proof of their alleged intention to hinder litigation.

Investigators suspect Serebrennikov, the artistic director of the Moscow Gogol Center Theater, and several other people of embezzling money that was allocated by the government for the development and popularization of modern art in Russia as part of the Platforma theatre project in 2011-2014.