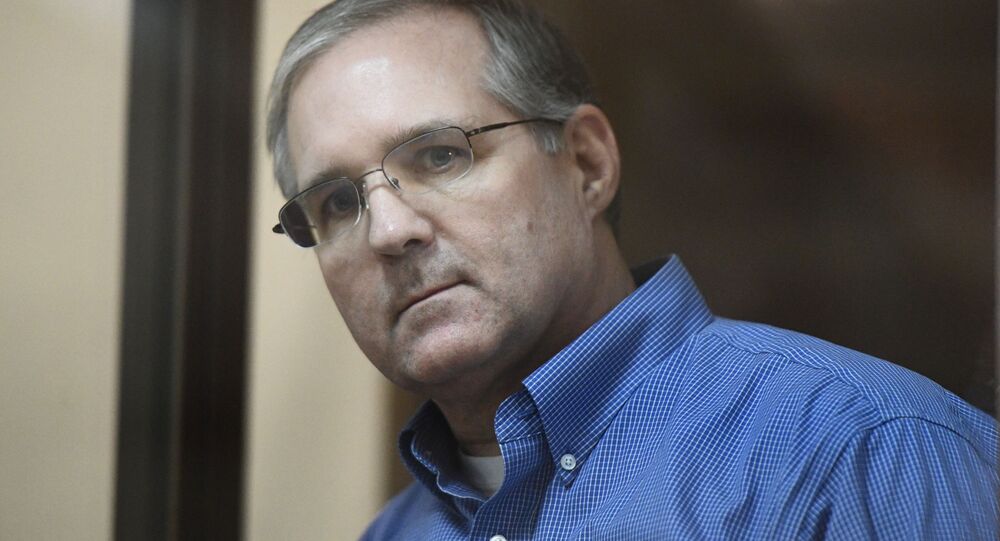 MOSCOW (Sputnik) - Whelan was arrested in Russia in December 2018 on charges of espionage, despite his insistence that he was in Russia to attend a friend’s wedding. Court papers have revealed that he had frequented Russia since 2007. If convicted, he may face 10 to 20 years in prison.

The Lefortovo district court in Moscow on Thursday extended the arrest of Paul Whelan, a former US marine charged with espionage.

"The court has ruled to satisfy the investigation's request to extend the accused Whelan's pre-trial restraint in the form of detention for two months, until 29 December" judge Sergey Ryabtsev announced.

At the court's session, Whelan once again asked for the dismissal of both the judge and the prosecutor, claiming the latter had allegedly ignored his complaints about human rights violation during the incarceration, including being allegedly threatened with a gun by security guards. The requests were denied.

Whelan's lawyer, Vladimir Zherebenkov, claims that not one of the witnesses said that the suspect behaved like a foreign spy.

"We continue to familiarise ourselves with the case. It is classified, but we can say that there are a lot of things proving our version that it was a provocation. In addition, not a single witness said that Paul inclined them to do anything, or behaved like an agent of US intelligence services," Zherebenkov told reporters.

In late August, the investigators pressed the final version of charges against Whelan. The defence is currently familiarising itself with the case files before a hearing on its merits.