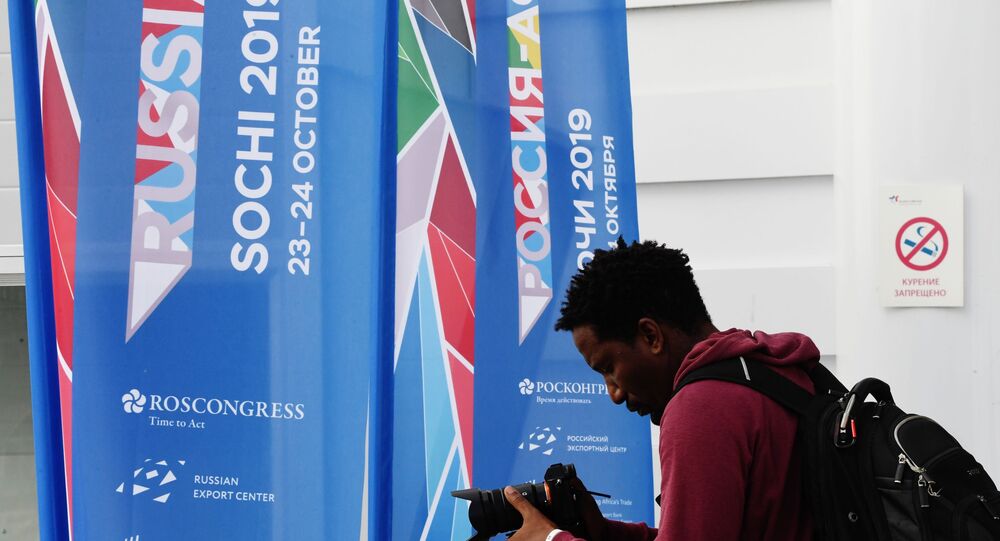 SOCHI, Russia (Sputnik) – The Russian Foreign Ministry invited African media outlets to expand their network of offices across Russia and step up cooperation with Russian colleagues, the ministry’s Deputy Director of the Information and Press Department, Artyom Kozhin, said.

Kozhin said during the Russia-Africa forum in the city of Sochi late on Wednesday that around 300 media offices from 60 countries, where 80 reporters and 400 technical staff members worked, had obtained accreditation for working in Russia. Moreover, a lot of reporters visit Russia annually. Still, there are only three officers of African media outlets currently operating in Russia.

"This humble level of African media representation fails to reflect the level of our dynamically developing relations. We invite all interested parties to open correspondent offices and enhance media cooperation with Russia," Kozhin said.

The official also noted Moscow’s support for establishing direct contacts between leading Russian and African media outlets for the development of professional dialogue and exchanging experience and reliable information about what is happening in Russia and African countries.

The first-ever two-day Russia-Africa summit and business forum, co-chaired by the presidents of Russia and Egypt, began on Wednesday. Over 40 African nations are being represented by heads of state or government at the summit, while 11 others have sent their vice presidents, foreign ministers or ambassadors.