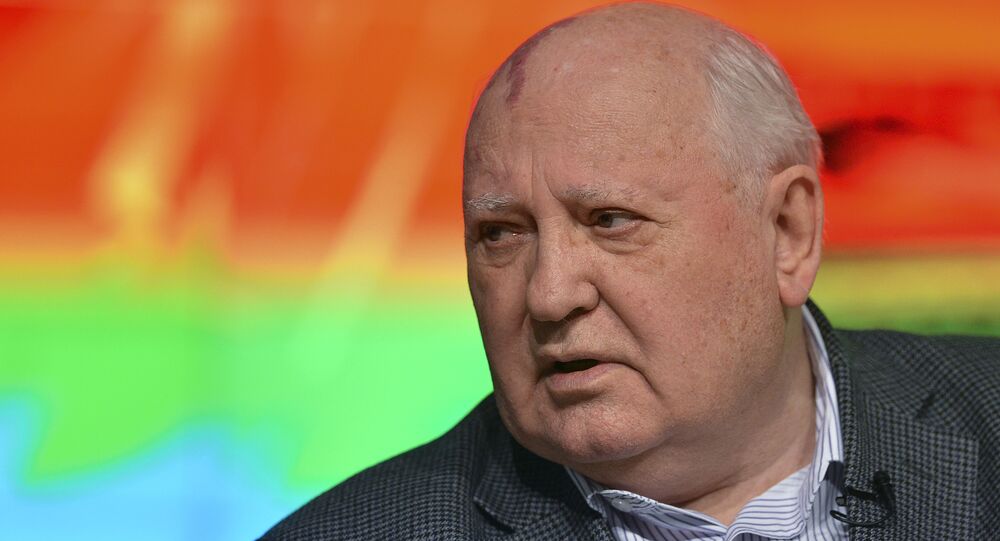 Gorbachev was the last General Secretary and President of the Soviet Union, leading the country until its collapse in 1991.

Former Soviet President Mikhail Gorbachev says he has sent a letter to Russian President Vladimir Putin, but declined to reveal its contents.

“World leaders today have a huge responsibility. This is an alarming time, frankly speaking. And [leadership] is a tremendous weight, including on the human and psychological level. I know this from my own experience,” Gorbachev said, speaking to Russia’s Izvestia newspaper.

“I would not like to be called an advisor. Only in some special cases do I appeal to leaders – as a rule through a short letter. Some time ago I appealed to Vladimir Putin and French President [Emmanuel] Macron,” the 88-year-old former politician said.

Gorbachev emphasised that he was “not hiding anywhere” or keeping his opinion to himself. “I react events, and speak out in interviews and articles which are published in our country and abroad. Sometimes I notice that my thoughts resonate with the words and actions of leaders,” he noted.

Gorbachev, who signed the 1987 Intermediate-Range Nuclear Forces Treaty with US President Ronald Reagan, warned the Trump administration’s recent move to scrap the treaty posed a threat to global strategic stability.

“Talks are needed to ensure that the treaty’s destruction does not heighten the risk of war. President Vladimir Putin proposed a moratorium on the deployment of such missiles. This could be the first step. But I will repeat – talks are necessary, first and foremost between Russia and the United States,” Gorbachev emphasised.

Mikhail Gorbachev became leader of the Soviet Union in March 1985. The former leader has been widely praised for his efforts to end the Cold War, but also been heavily criticised in his home country for the failure of his economic and political reforms, which led to the dismantling of the Warsaw Pact security alliance, the end of the USSR’s superpower status and the collapse of the Soviet Union itself in December 1991.

The Intermediate-Range Nuclear Forces Treaty was signed in the waning days of the Cold War in December 1987, and prohibited the development, manufacture and deployment of ground-based ballistic and cruise missiles in the 500-5,500 km range. From the late 1980s to the late 2010s, the treaty was seen as a cornerstone of European security against nuclear war. In early 2019, the Trump administration announced that it would be suspending its compliance with the treaty effective August 2, 2019. After the US withdrawal, Russia, the treaty’s other signatory, announced that it too would be scrapping the treaty. Last month, Moscow announced that although that it would begin research into missiles previously outlawed by the treaty, it would not deploy them unless Washington did so first.