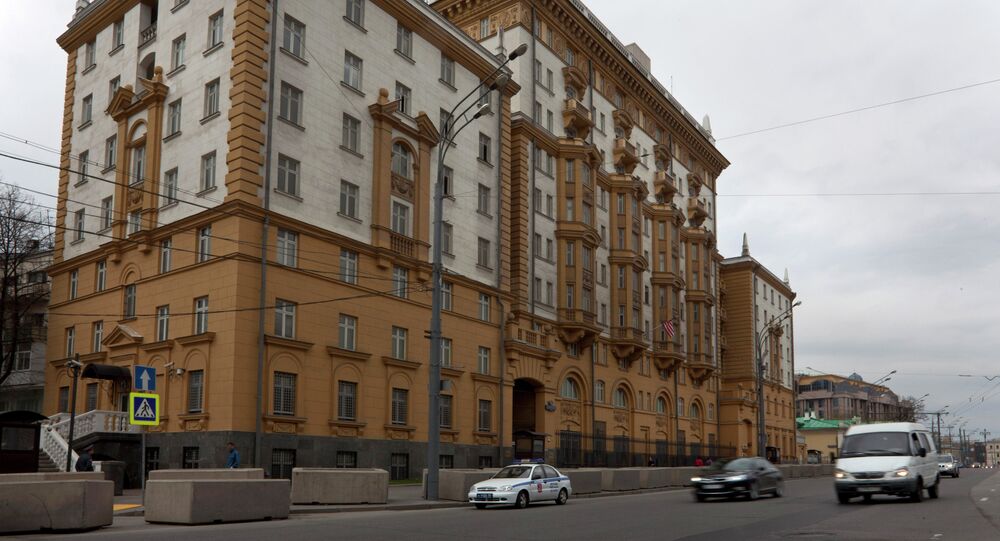 Earlier, three employees of the US Embassy in Russia were removed from a train at the Severodvinsk station in Russia's Arkhangelsk region after allegedly attempting to enter a restricted area without permission.

US diplomats who were travelling by train to Severodvinsk stated that their destination was Arkhangelsk, Russia's Foreign Ministry said.

Earlier, the US Embassy press officer Rebecca Ross said that the three US diplomats who were taken off a train while attempting to enter a restricted area in northern Russia were in the region in an official capacity, and duly notified Russia's defence ministry about the trip.

"The American diplomats were on official travel and had properly filed a travel notification with the [Russian] Ministry of Defence," Ross said.

Earlier, an informed source told Russian media that three members of the US diplomatic mission in Moscow, including the naval attache and military attache, were removed from a train heading to a restricted area in northern Russia on 14 October and accused of administrative offences.

According to the source, the US nationals did not have the necessary documents required for entry into the closed territory. The diplomatic workers were said to have been released after their documents were checked.

The northern Russian port city of Severodvinsk is home to the Belomorsk naval base, used by the Russian Northern Fleet, and to Sevmash, one of the largest shipbuilding enterprises in Russia.

Russian military activity in the Arkhangelsk region made the news this past summer following an incident involving the testing of a liquid-propellant missile engine on 8 August, with that incident resulting in an explosion and fire on an off-shore platform which killed five Rosatom employees and injured three others.