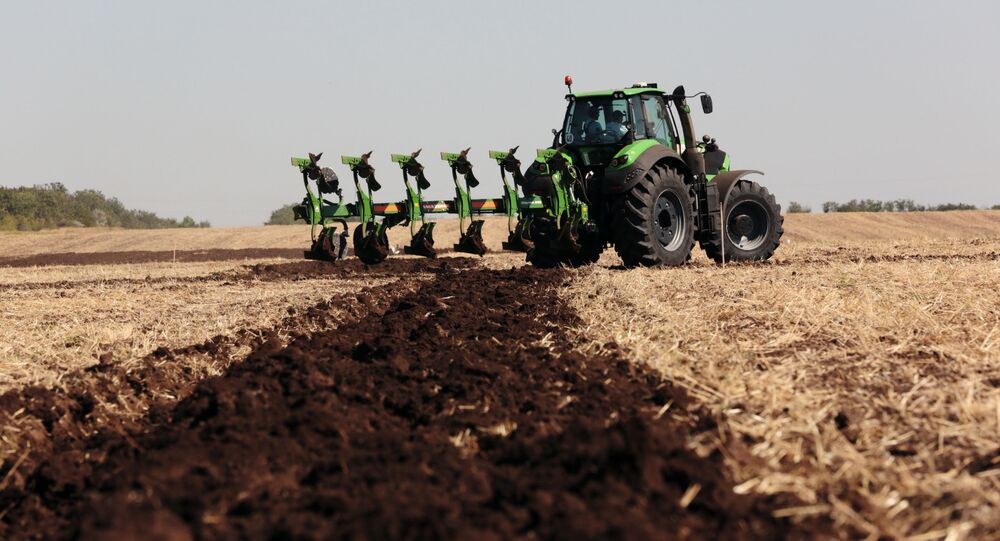 World Ploughing Championship to Take Place in Leningrad Region in 2020

The world’s best farm machinery operators will compete in August 2020 on the fields of the Prinevskoye farm in the Vsevolozhsk District, said Leningrad Region Governor Alexander Drozdenko at the Golden Autumn Agricultural Exhibition in Moscow.

The contest aims to raise the status of agricultural jobs, as well as to develop and promote contemporary agricultural technology.

“As of now, 37 countries, including Canada, the US and Australia, have applied to participate. We hope that our ploughmen will perform well. The Leningrad Region uses the most advanced agricultural technology, and we have very skilled farm machinery operators who win competitions every year,” Drozdenko said.

The very first ploughing championship took place almost 90 years ago in Ireland, between the counties of Kildare and Wexford. The contest was so well received that the National Ploughing Association (NPA) was established, and 20 years later, the World Ploughing Organization (WPO) followed suit. In 1953, Canada hosted the first World Ploughing Contest. Russia joined the WPO in 2008.

The national ploughing event, the Russian Open Plowing Championships, has been held since 2012, under international rules. The contestants will be assessed on the quality of their ploughing skills.