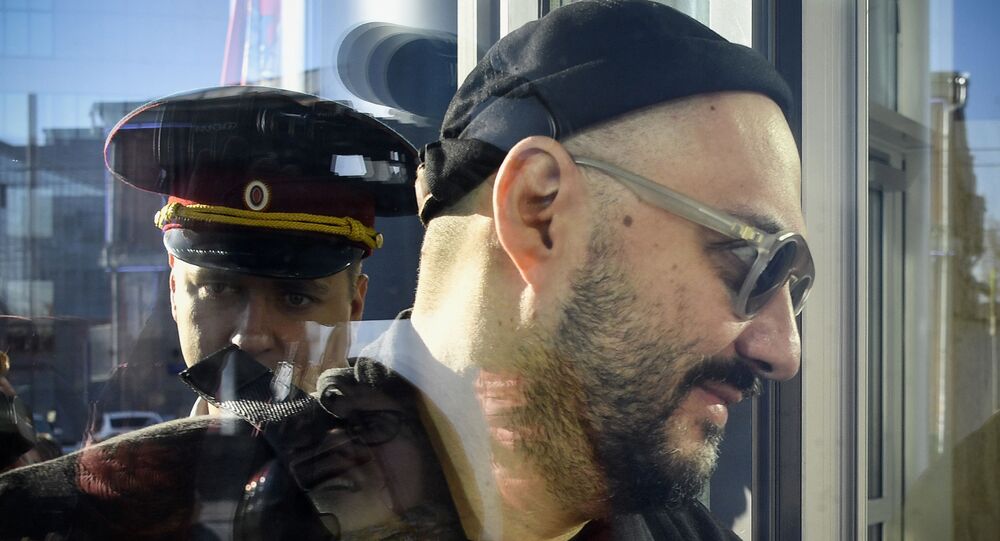 MOSCOW (Sputnik) - The Moscow City Court has ruled that the criminal case against film and theatre director Kirill Serebrennikov and his colleagues at Seventh Studio has been returned to prosecutors illegally, and therefore a new trial will be held, a Sputnik correspondent reported on Tuesday from the courtroom.

Moscow's Meshchansky District Court decided in mid-September to return the case to prosecutors over suspected contradictions in the charges. It also cancelled the recognizance not to leave town for Serebrennikov and his colleagues.

"We have repeatedly checked the sums. The Meshchansky court has made a mistake when it has said that investigators have miscalculated the sum. I ask to cancel the decision and to remit the case for new trial," the prosecutor said.

Lawyer Ksenia Karpinskaya objected, stressing that no mistakes had been made in the calculations. The defendants in the case supported her.

Investigators suspect Serebrennikov, the artistic director of the Moscow Gogol Center Theater, and several other people of embezzling money that was allocated by the government for the development and popularization of modern art in Russia as part of the Platforma theatre project in 2011-2014.

Dmitry Kharitonov, the director's lawyer, said in mid-August that Serebrennikov had saved some money rather than embezzled it since only 216 million rubles ($3.2 million) was spent on the Platforma theatre project, while its cost amounts to 260 million rubles.