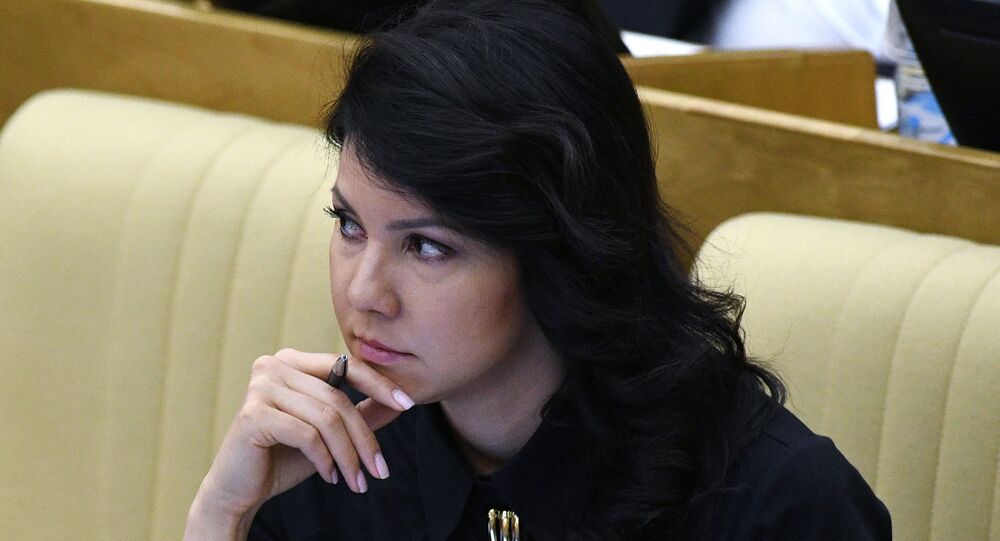 MOSCOW (Sputnik) - Earlier this day, the Russian Embassy sent a note of protest to the US State Department over FBI questioning of Russian parliament member Inga Yumasheva upon her arrival to the United States, where she planned to participate in the Fort Ross Dialogue forum.

In a statement, the government agency said the incident represents another hostile action by the United States against Russia, aimed at further souring the relations between Moscow and Washington.

"The decision-makers in Washington need to think where this systematic fomenting of tensions in US-Russian relations could lead. These policies are shortsighted and dangerous. At the same time, the genuine interest of the US public in the Fort Ross Dialogue forum strongly indicates that American citizens support bilateral interaction, rather than confrontation between our two nations," the statement said.

Earlier, Vyacheslav Volodin, the speaker of the Russian parliament's lower house, called on Saturday the behaviour of US intelligence services toward Russian parliamentarian Inga Yumasheva a "cynical provocation."

"The US actions are yet another example of a violation of their international obligations. State Duma member Inga Yumasheva received an invitation to participate in the international forum, the US embassy issued her a visa. Inga Yumasheva coordinates communications with US Congress in the State Duma, interacts with colleagues, takes part in a difficult dialogue. And the behaviour of US intelligence services in this regard can only be assessed as a cynical provocation," Volodin said.

According to the speaker, there are forces in the United States who want to further aggravate relations between Moscow and Washington.

"Actions that create a negative atmosphere in the relations between our countries are unacceptable and deserve condemnation," Volodin stressed.

Earlier in the day, Russian Ambassador to the United States Anatoly Antonov said that Yumasheva, who was heading to the Fort Ross Dialogue forum, had been detained upon arrival at the airport in New York, and an FBI officer asked her "obscure and unacceptable questions" for an hour, and then offered to continue communication in a cafe in an informal setting. The Russian Embassy in the US sent a note of protest to the US State Department, demanding to explain the incident.