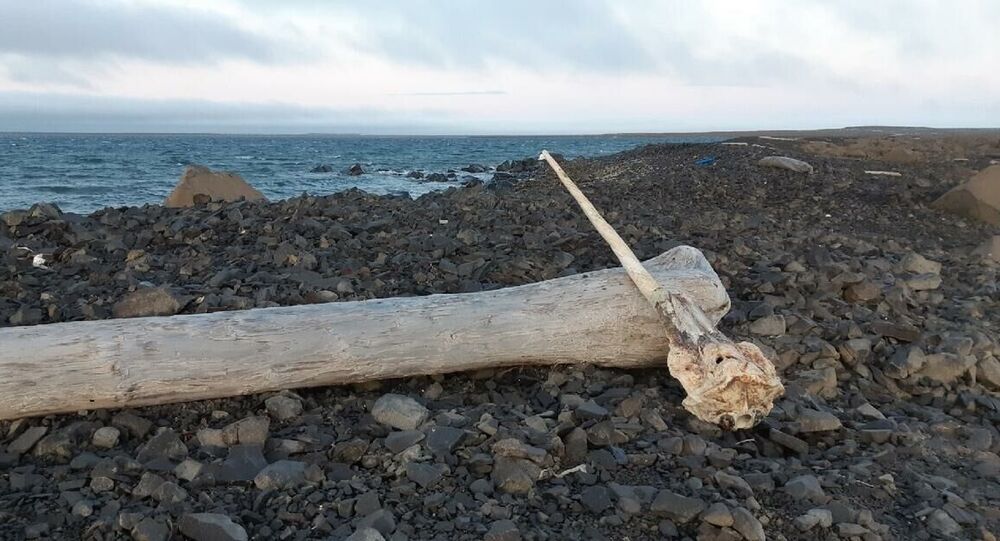 Employees from the Russian Arctic National Park in the Franz Josef Land Archipelago said the remains were a rarity, since the animals, as a rule, die in the water, with storms and ice completely swallowing up and destroying their remains over time.

Workers at the Russian Arctic National Park, a 74,000 square km piece of territory covering Novaya Zemlya and Franz Josef Land in Arkhangelsk Oblast in Russia’s far north have discovered the well preserved skull of a narwhal, a species of medium-sized toothed whale sometimes referred to as an ‘Arctic unicorn’ for its distinctive protruding canine tooth.

In a press release on the park’s official website, employees explained that the rare find was in very good shape, about the size of a human in height, and with a weight of over 15 kg.

Daria Antufyeva, a specialist from the department of environmental education and tourism at the park, explained that after being found, the skull was carefully transported back to basecamp for analysis.

The park’s website pointed out that this was just the second discovery of remains from a species of whale in a decade, with narwhals and other whales usually dying at sea, with their bodies drowning, and their skeletons disappearing into the deep, or washing away to remote areas where humans do not tread.

The narwhal’s remains are now being studied by biologists and geneticists to discover its age and other characteristics. After their examination is complete, the find will become a permanent exhibit at the Russian Arctic National Park’s museum on Franz Josef Land.

Narwhals inhabit much of the area north of the Arctic Circle, and are found off the coasts of northern Canada, Greenland, Norway’s Svalbard archipelago and Russian waters from Murmansk region to Yakutia in Siberia.

Narwhals are listed as a near threatened species by the World Wildlife Federation, with the species’ total global population estimated at 80,000.