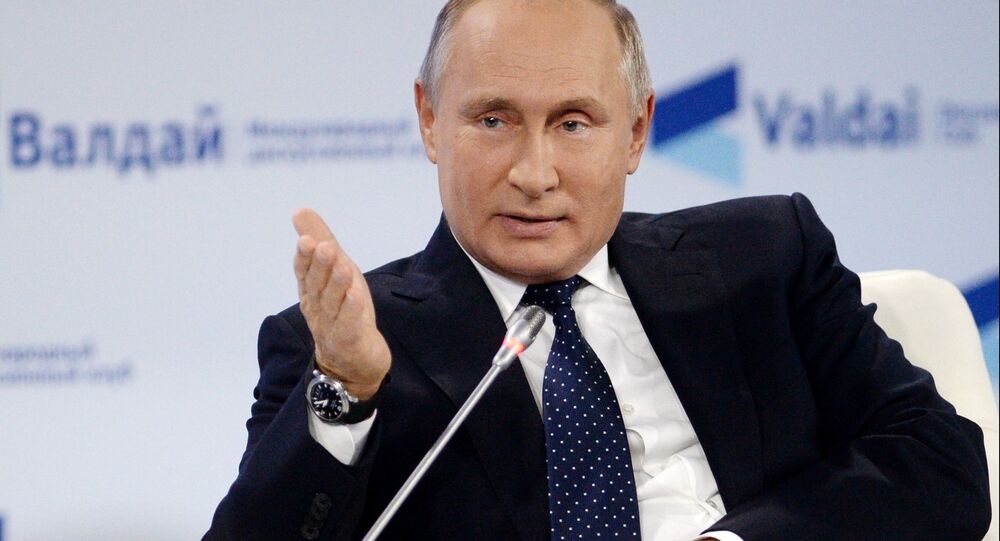 The Russian resort city of Sochi is hosting a meeting of the prominent political forum, the Valdai Discussion Club, which brings together high-profile politicians, lawmakers and top experts from across the globe, to discuss the topic "The Dawn of the East and the World Political Order."

Russian President Vladimir Putin is attending the plenary session of the forum where he will be joined by Philippines leader, Rodrigo Duterte, as well as King Abdullah II of Jordan, and the Azerbaijani and Kazakh presidents.

The Valdai Discussion Club was established in 2004. Over the years, more than 1,000 international experts from 63 nations have attended its meetings. The Club aims to promote political dialogue in order to strengthen peaceful conflict resolution and provide analysis of economic and social developments globally.