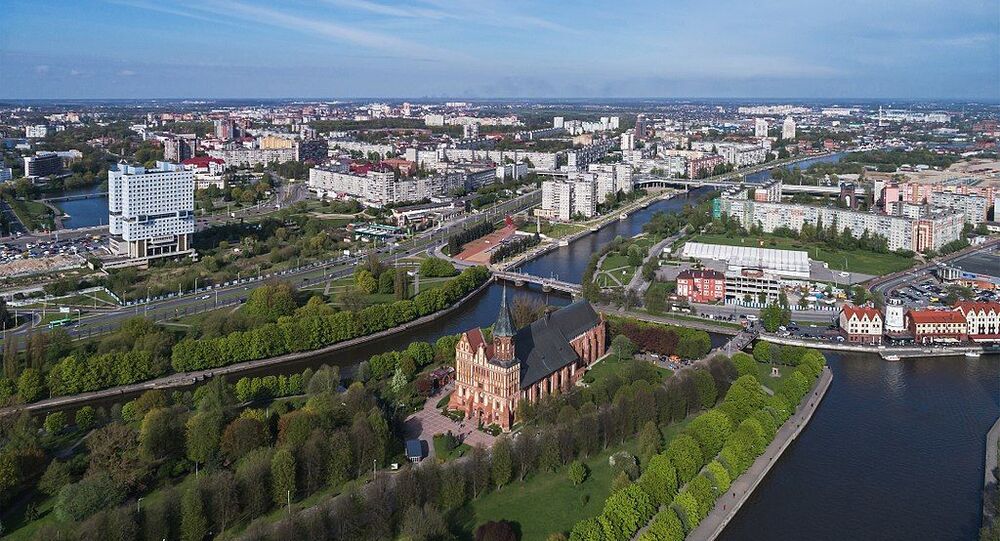 The air defence capabilities of Kaliningrad to neutralise air targets are well known to NATO pilots who approached Russia’s borders by air, the Russian Defence Ministry said in a statement.

The Russian Defence Ministry has said Kaliningrad is fully protected "against any aggressive 'plans' developed by US generals".

"The capabilities of the air defence in the Kaliningrad Region on detecting, escorting and, if needed, guaranteed neutralisation of any airborne targets in its coverage zone, are well known to all NATO pilots that have ever approached Russia's borders in the Baltics", the ministry's statement read.

The statement comes after reports that the Pentagon is working on plans to potentially breach the region's air defence.

"The frivolity of the Commander of the US Air Forces in Europe and Africa, Gen. Jeffrey Lee Harrigian and his naive belief in the superiority of some 'plans' for the conquest of Kaliningrad should concern, first of all, his immediate subordinates who seem to know better one of the main commandments of military commanders is 'no battle plan survives contact with the enemy'", the Russian military statement said.

Earlier in the day, Maria Zakharova, spokeswoman for the Foreign Ministry, said that Moscow sees the Pentagon's "irresponsible" statements on developing a plan to breach the air defences of the Russian exclave of Kaliningrad as a threat.

The plan and relevant training were reported by the outlet Breaking Defense citing Commander of the US Air Forces in Europe and Africa, Gen. Jeffrey Lee Harrigian, who said: "if that would ever come to fruition, we’d be ready to execute".

NATO is paying exceptional attention to the Kaliningrad Region as the bloc sees the so-called Suwalki gap – a some 40-mile corridor along the Polish-Lithuanian border between the Russian exclave and Belarus – as one of the most unprotected regions in the event of a military conflict with Russia.