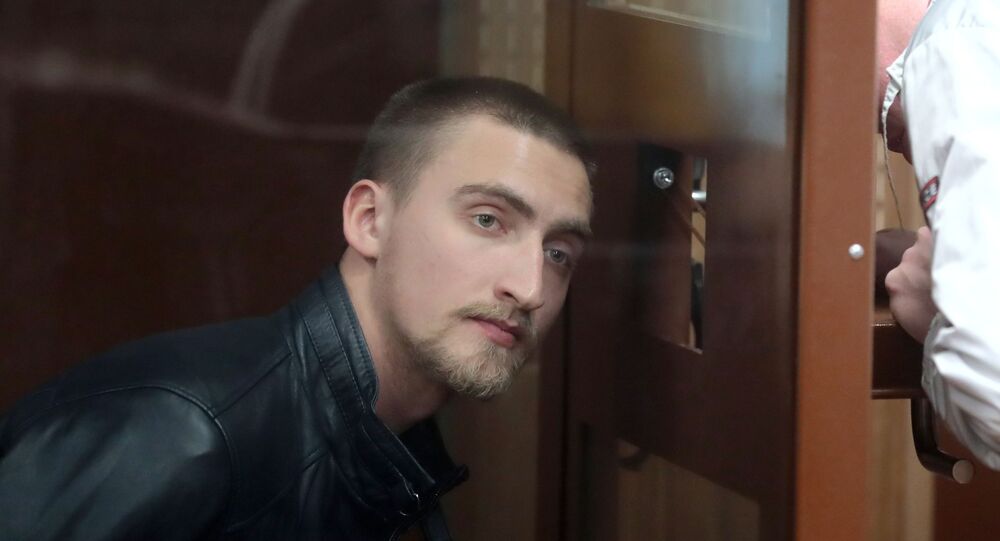 Moscow Court Sentences Participant in Unauthorised Rally to 3.5 Years for Violence Against Police

“To find Ustinov Pavel guilty of committing a crime under Part 2 of Article 318 of the Russian Criminal Code, and to sentence him to 3 years and 6 months in a general regime penal colony,” the judge announced the verdict.

According to the case materials, on August 3, on Pushkin Square, senior police sergeant Alexander Lyagin detained Ustinov, who was "violating public order and being an active participant in riots." Ustinov resisted, and Lyagin had his shoulder dislocated. The defendant pleaded not guilty.

A wave of unauthorised protests in Moscow began in mid-July after the authorities barred opposition figures from participating in the September 8 election after they failed to gather a sufficient number of signatures of support.

Later on, the Moscow City Court ruled to allow one opposition candidate, Sergei Mitrokhin, to take part in the upcoming vote.

Hundreds of people were detained by police as a result of the rallies. Though most of the arrested were later released, some of the organisers of the protest are to be detained until late September.

Amid the unauthorised protests, the Moscow government gave the green light for two rallies with 100,000 people registered to attend. According to police figures, about 20,000 people attended the rallies, while the organisers claimed that some 50,000 protesters attended the events.

Commenting on the demonstrations, Russian President Vladimir Putin said that citizens had the right to peaceful protests, and the authorities must abide by this right, but he added that laws can't be broken and nobody was entitled to resort to violence.