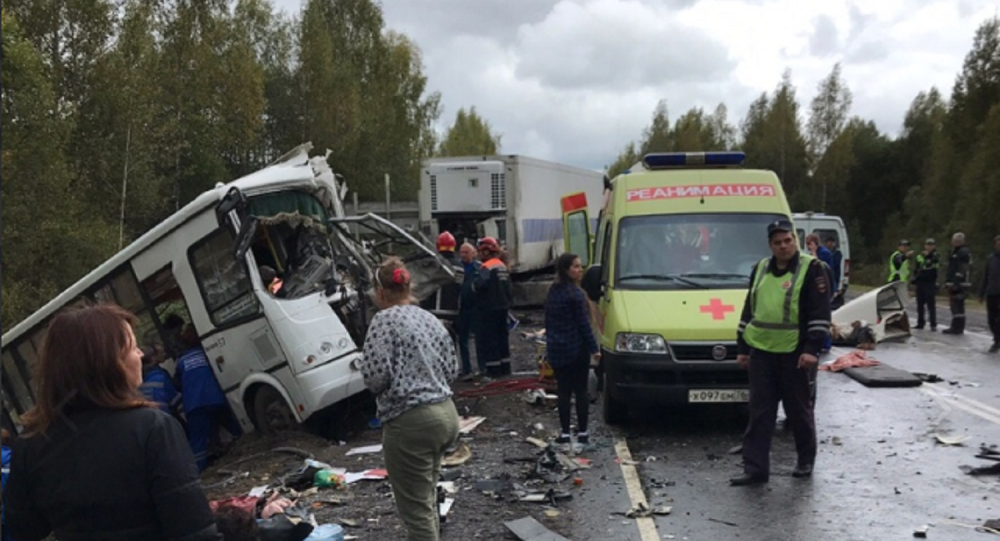 MOSCOW, (Sputnik) - At least nine people were killed and 28 others were injured on Saturday in a road accident in Russia's Yaroslavl Region, where a bus collided with a truck, a spokeswoman for the local department of healthcare said.

"According to the latest information, there are a total of 30 people affected by the accident, nine of them died. There is a child among those injured. His age is being clarified," the spokeswoman said.

According to the spokeswoman, nine ambulance crews are working at the scene.

Meanwhile, the accident occurred because of a truck driving into the oncoming lane, the traffic police press service said.

“According to preliminary data, on 14 September 14, at 11.00, on 20 km of the Yaroslavl-Zayachiy Kholm-Ivanovo highway, the driver of a MAN truck crossed into the lane intended for oncoming traffic and collided with a PAZ bus," the report said.

Employees of the state traffic inspectorate were rushed to the scene, the press service added.