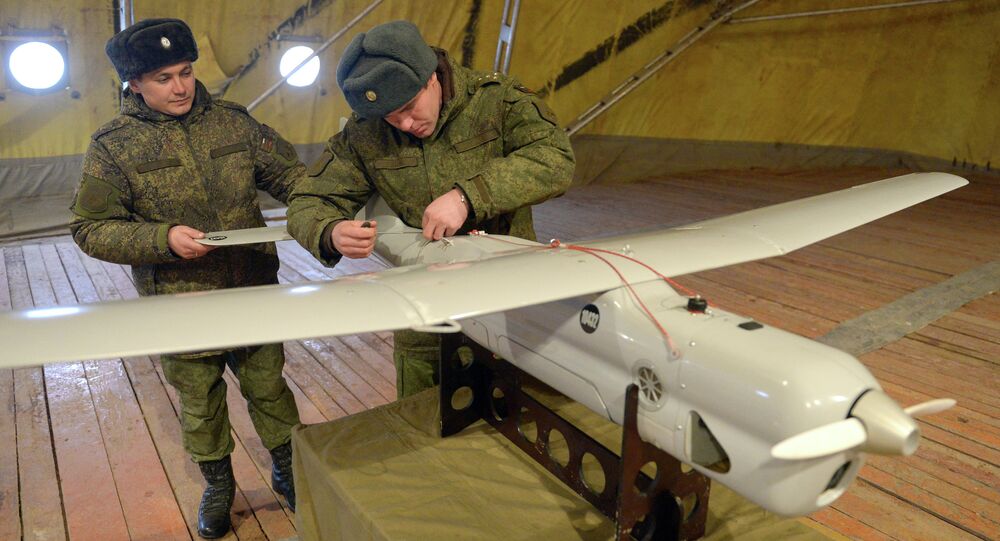 A new military system of three drones and a mobile command center can tap into cell phone base stations, analyze data flow to geographically locate a specific subscriber and then, if necessary, direct the delivery of a hefty explosive message.

Russian Orlan drones included in the Leer-3 electronic warfare complex track a cell phone subscriber by their device’s signal, whether or not the phone is in call mode or even if it is switched off, Russian media reported Wednesday, citing the Russian Ministry of Defense.

According to reports, the Leer system has been tested this year and found successful.

The Leer complex is comprised of three Orlan-10 drones and a control center mounted atop a KamAZ off-road truck. Until recently, these drones were only capable of jamming cell phone base stations by dropping disposable jammers next to them. After base stations were jammed, the drones could act as their substitute, sending SMS messages to subscribers in the area.

In the Khabarovsk territory, the VVO electronic warfare units conducted a training exercise using the Orlan-10 UAV, which are part of the Leer-3 EW complex» pic.twitter.com/Kq04o5f41i

​The new system is far more capable, according to media reports, as they can link to base stations and monitor all incoming and outgoing traffic.

“The new army system acts quite simply,” said Denis Kuskov, the CEO of the Telecom Daily analytics company. “The drone hardware remotely plugs into the base stations and intercepts their data flow.”

Base stations allow for the locating of a cell phone with a margin of several meters, Kuskov claimed.

​Once located, the device’s geographical coordinates are sent to the military tactical network, to which artillery, aviation and other units are also connected, allowing a swift artillery strike based on real-time tracking of the target.

It is known that the Orlan drone radius is 120 kilometers and the machine can stay in the air for up to 14 hours, climbing as high as 5000 meters. The required distance to a base station remains undisclosed, however, but is characterized as “significant.”

Orlans can work as groups, with two drones conducting surveillance and electronic warfare while a third machine acts as an aerial relay link to the command center.