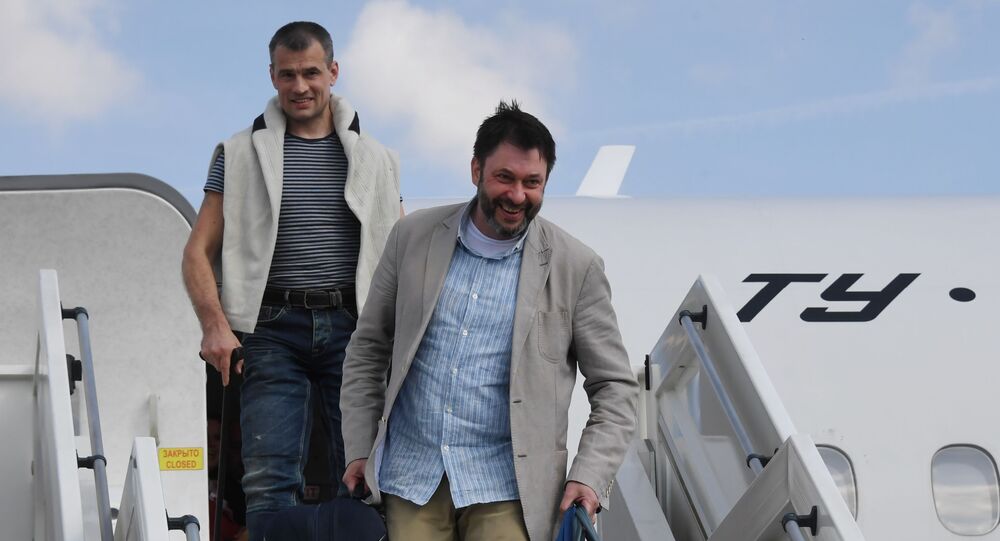 Earlier, Dmitry Kiselev, the director general of the Rossiya Segodnya International Information Agency, said Vyshinsky would fly to Moscow on Saturday. The move comes after Ukrainian lawyer Valentin Rybin said on Facebook on Friday that Ukrainian President Volodymyr Zelenskyy had pardoned several people, whose simultaneous release had been jointly discussed by Kiev and Moscow.