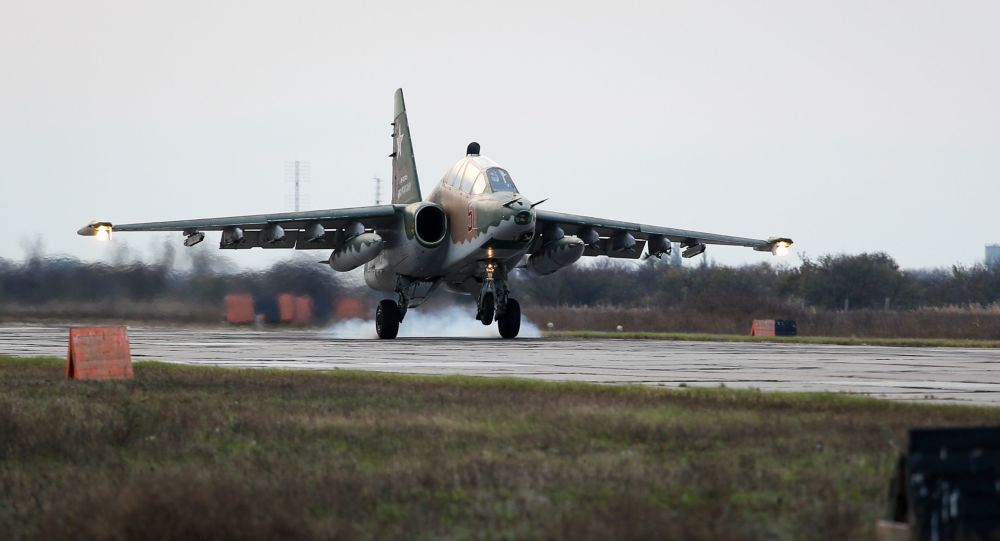 MOSCOW (Sputnik) - The Russian Defence Ministry has confirmed the deaths of two pilots in the crashed Su-25UB, specifying that they had failed to eject themselves from the aircraft.

"The commission of the Russian Defence Ministry that is working on the site of the crash has established the death of two pilots. The pilots did not have enough time to eject themselves from the aircraft", the Defence Ministry said in a statement.

Following the statement, the emergency services reported that flight data recorders of the aircraft had been found.

A representative of regional emergency services stated earlier in the day that both dead bodies had been found on the site of the crash.

The Defence Ministry said on 3 September that the strike aircraft had crashed in a deserted location in the Stavropol Region in Russia's south during a training flight. The aircraft exploded upon hitting the ground and was completely destroyed.

According to updated data, the aircraft crashed 20 kilometres (12.4 miles) south of the Chernolesskoye settlement. As many as 44 people and 14 units of equipment are working at the crash site.