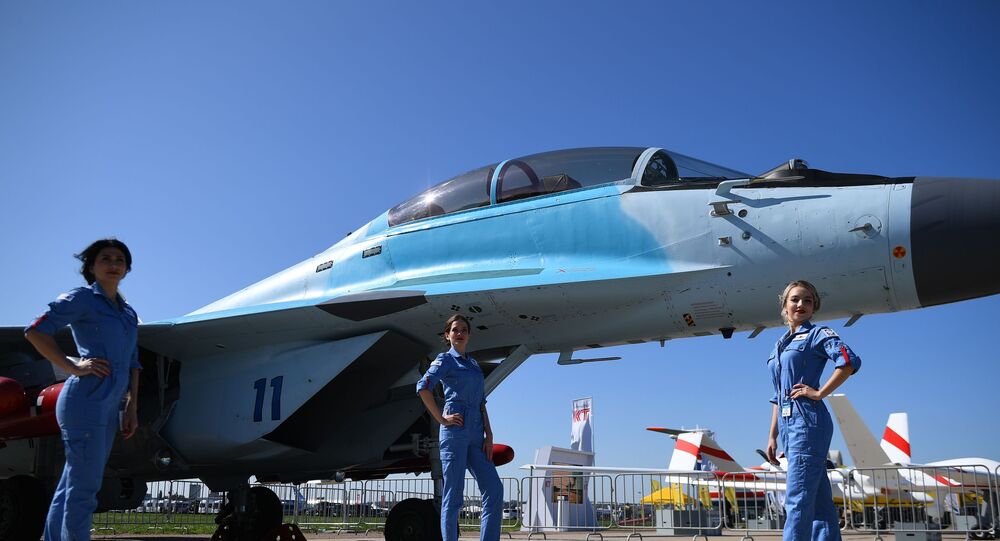 Russia is expected to offer India the opportunity to purchase the aircraft during the upcoming visit of Prime Minister Narendra Modi to Vladivostok, according to NDTV, a media outlet.

Indian Air Force (IAF) pilots got a chance to fly the Russian-made MiG-35 fighter jet during the MAKS-2019 aerospace show in Zhukovsky, and also got the opportunity to get acquainted with the latest Su-57E fighter. According to NDTV, an Indian television network, the Indian delegation was led by Director General of Air Operations Air Marshal Amit Dev.

"The Indian delegation was shown MiG-35 and Su-57 aircraft. Indian Air Force test pilots Colonel Reddy and Lieutenant Colonel Roy were given the opportunity to make two sorties on the MiG-35," the channel said with reference to information from the Air Force.

According to the channel, Russia may offer India the opportunity to purchase this aircraft during the visit of Prime Minister Narendra Modi to Vladivostok at the Eastern Economic Forum, which will be held on 4-6 September. Earlier, the Russian side announced that it was ready to offer New Delhi the MiG-35 fighter on exclusive terms.

MAKS-2019 is held from 27 August to 1 September in Zhukovsky, a suburb of Moscow. This biennial event is among the largest of its kind in the world. Russian and foreign aviation experts, manufacturers and businessmen gather to attend exhibitions, roundtables and conferences featuring the latest achievements and novelties in the aviation sector.