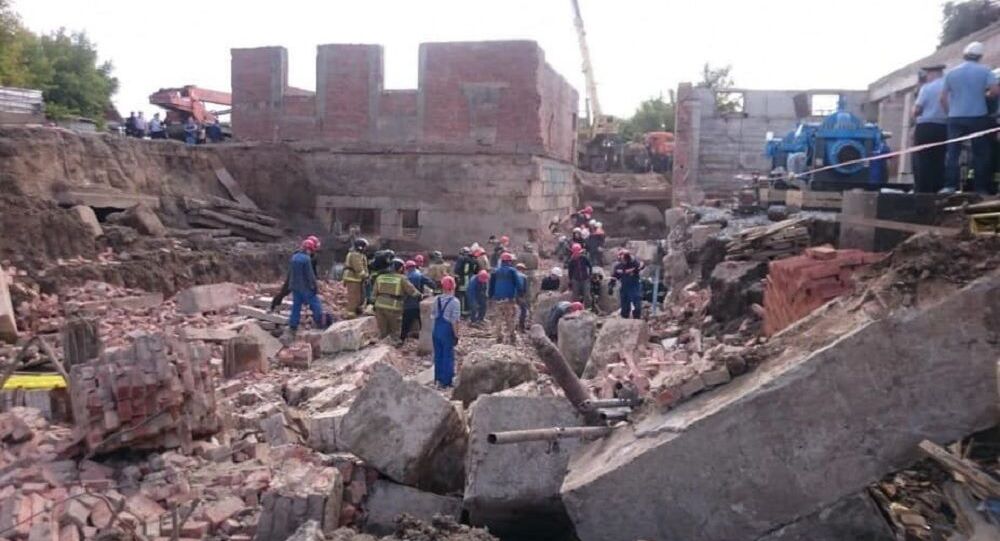 The incident happened in the Russian city of Novosibirsk located in southern Siberia. According to the local emergency services, they received reports about a wall of a one-storey building under construction collapsing.

The rescuers have pulled the last dead body from the rubble of the collapsed building in the Russian city of Novosibirsk, the Siberian Generating Company, which owns the building, said in a statement on Wednesday.

"The body of the remaining missing person has been retrieved from the debris. Unfortunately, he died. The company expresses its condolences to the family of the victims. A total of three people died in the incident", the company stated.

The Siberian Generating Company that owns the building previously stated that three people were pulled from under the rubble of the collapsed building in Novosibirsk. The company added that two people remain under the debris.

"Eight people were working there. One person was not injured, one person died, one person broke a limb, and two people remain under the debris. Three people managed to run away before the collapse. Searches continue", the company said.

The local government confirmed the death of one of the workers, adding that another victim was hospitalised in critical condition.

Rescuers earlier saved one person from the rubble of the collapsed building. The representative for the local emergency services said that the injured person retrieved from under the debris was taken to a nearby hospital.

Some 183 people and 44 units of equipment, including a team of cynologists, have been dispatched to the scene.

The Investigative Committee launched a criminal case into the matter. According to the Committee, the wall of the house collapsed when the workers were performing a scheduled reconstruction of heating pipelines.