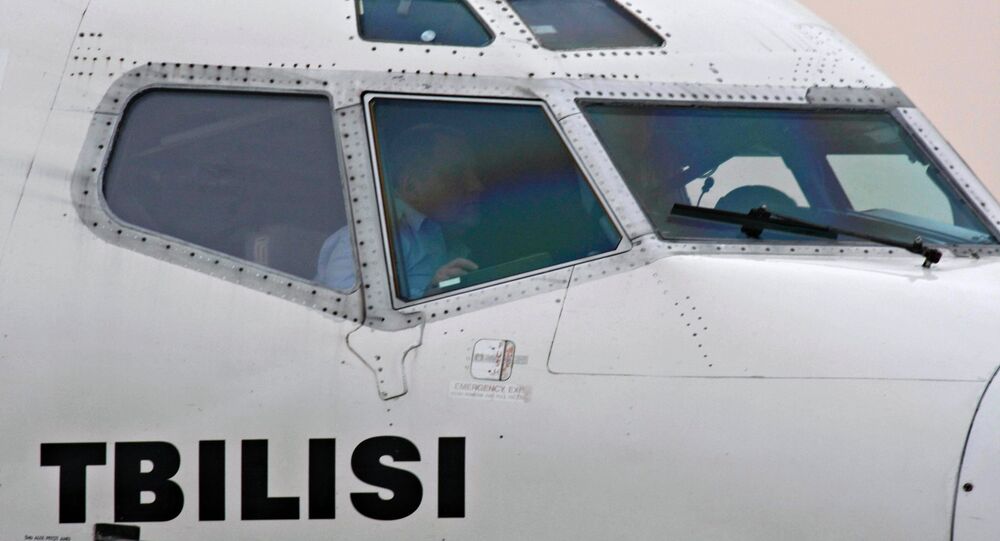 “As of today, the [Georgian] debt amounts to some $1 million”, the director of the Department of the State Policy in Civil Aviation of the Russian Transport Ministry, Svetlana Petrova, said.

She stressed that talks on the debt were held between Moscow and Tbilisi over 10 years ago, but Russia has not received payments since 2008.

Moscow suspended direct flights to and from Georgia indefinitely beginning July 8 over security concerns after the eruption of anti-Russia protests in Tbilisi.

The violent protests started in the Georgian capital on 20 June after a Russian lawmaker took the speaker’s seat to address an international parliamentary forum on Orthodoxy in Georgia's legislature.

The unrest subsequently grew into an opposition rally, with activists demanding that the Russian delegation leave parliament and calling for the resignation of several Georgian officials. The clashes saw 240 people injured and over 300 detained.