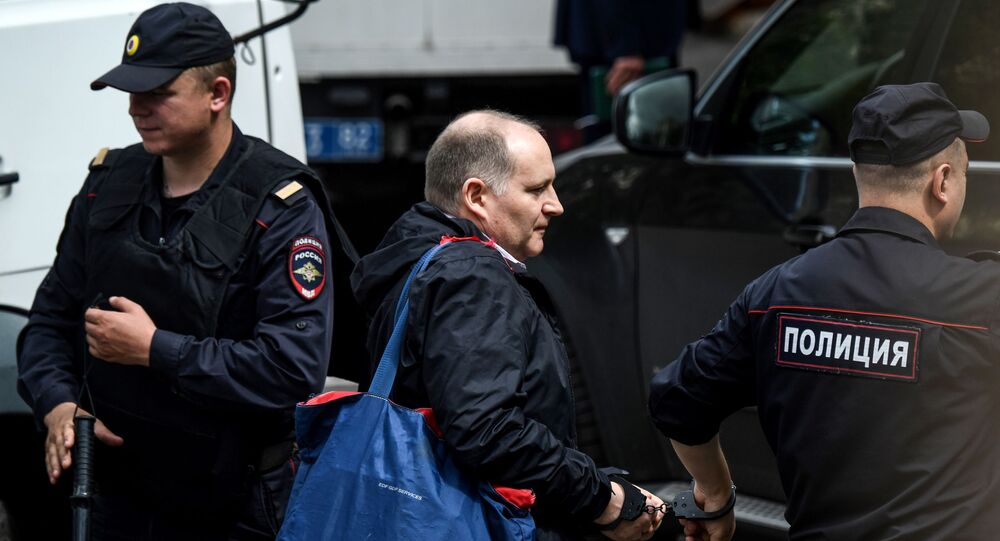 Philippe Delpal, a partner at the Baring Vostok private equity group, was arrested in February along with the company's founder, US national Michael Calvey, on suspicion of fraud.

Earlier on Thursday, a Sputnik correspondent reported that the Moscow city court had released Delpal to house arrest.

“On behalf of Russian and international investment community we welcome the decision of the court to change the measure of restraint from detention to house arrest for Philippe Delpal. We support the softening of measure of restraint equally for foreign and Russian employees of Baring Vostok detained in the course of this investigation,” Kirill Dmitriev, CEO of the Russian Direct Investment Fund (RDIF) said Thursday.

“I also welcome the decision to ease the house arrest terms for Michael Calvey,” Dmitriev added.

Russian investigators suspect that Delpal and Calvey persuaded Vostochny Bank stakeholders to accept a controlling stake in a small company, valuing the company at around 3 billion rubles. The prosecutors' estimated that the true value of the company was around 600,000 rubles.

Earlier, Kirill Dmitriev applied to the Moscow City Court, the Basmanny District Court of Moscow and the Investigative Committee of Russia to change the terms of imprisonment for Phillipe Delpal, Michael Calvey as well as other BVCP employees, Russian citizens Vagan Abgaryan and Ivan Zyuzin.