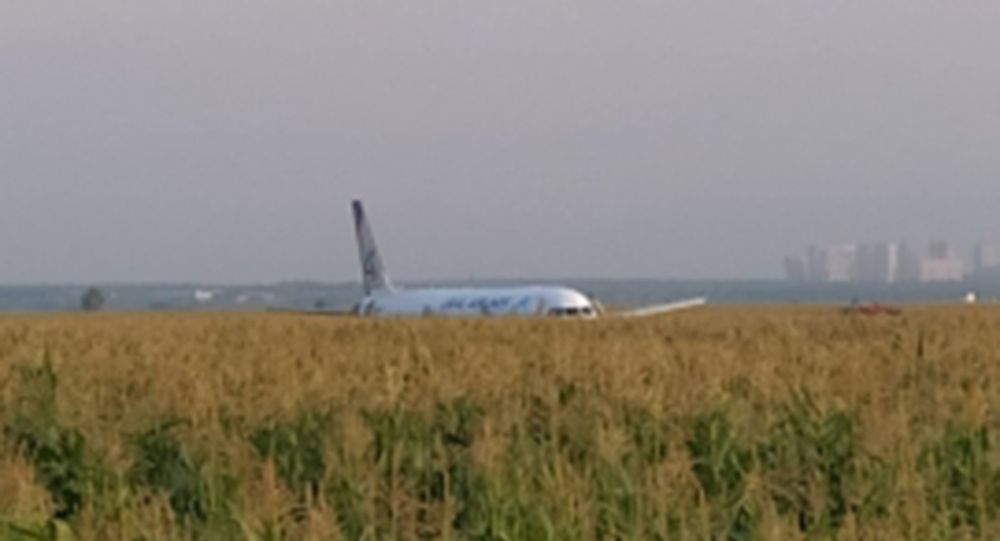 MOSCOW (Sputnik) - A Simferopol-bound Airbus A321 passenger jet with over 230 people on board made an emergency landing at Russia's Zhukovsky International Airport, a spokesperson from Russia's emergency services ministry said.

"An engine caught fire during the take-off. After an emergency landing, A321 went off the runway," the Russian Emergencies Ministry said.

According to the air carrier Ural Airlines, the engine fire which prompted the 15 May emergency landing was caused when a bird flew into one of the plane's jet engines.

"According to preliminary data, all passengers of the A320 plane survived the hard landing in Zhukovsky," the spokesperson said.

The number of people injured in the hard landing of the Airbus A321 plane in the Moscow region has surged to 74, including 17 children, a representative of the regional emergency services said.

The press service noted that all the passengers had been evacuated from the aircraft, adding that the airport’s emergency units were used to extinguish the fire.

A special commission will investigate the circumstances of and the reasons behind the accident with the Airbus A321 plane, the Russian Federal Air Transport Agency, also known as Rosaviatsiya, said in a statement.

"A special commission has been formed to investigate the circumstances of and the reasons behind the aviation accident. Representatives of Rosaviatsiya are among its members. The head of Rosaviatsiya has left for Zhukovsky Airport," Rosaviatsiya said.

When the aircraft was taking off from the runway, it collided with a flock of seagulls, the agency said. The birds got into the plane's engine, resulting in a significant service interruption.

"The landing gear was retracted during the landing. The crew members have turned the engines off before the landing," Rosaviatsiya added, stressing that there was no fire on board.

The circumstances of the landing are being investigated.