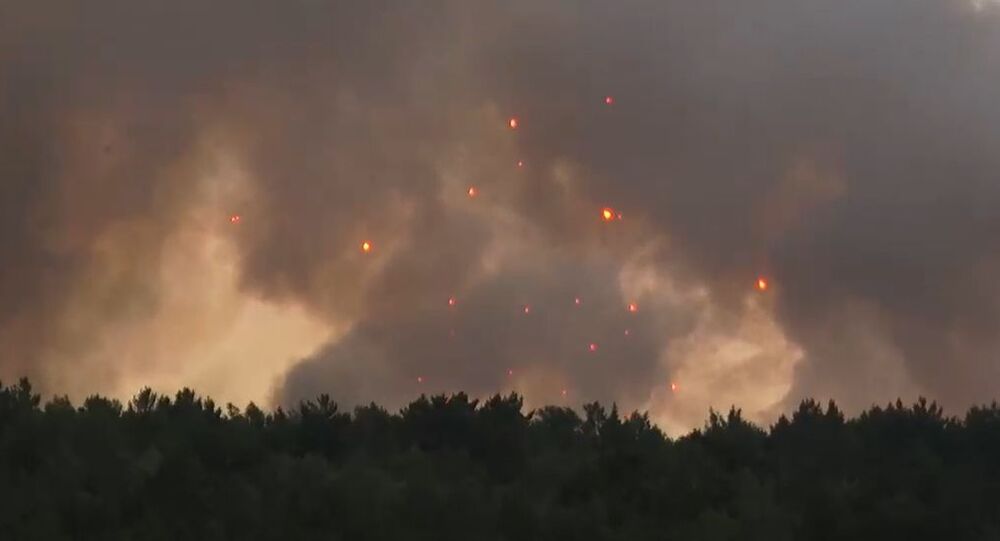 KRASNOYARSK, Russia (Sputnik) - The number of people injured in a series of explosions at an ammunition depot near the town of Achinsk in Russia's Krasnoyarsk Territory has increased to 40, a spokeswoman to the local healthcare authorities told Sputnik on Wednesday.

"According to the latest information, there are 40 injured ... Eight people remain in hospitals," Zoya Melnikova said.

The health authorities earlier said one person was killed and 32 others were injured in the explosions.

On 9 August, the Russian Armed Forces’ Central Military District said that lightning had hit an ammunition rack. Nine people were injured in a blast near a railroad on the Uluy-Achinsk section in the Krasnoyarsk Territory and four of them were subsequently hospitalised, a spokesperson for the local emergency service has said.

A state of emergency was declared on 9 August in Achinsk district due to the explosions.